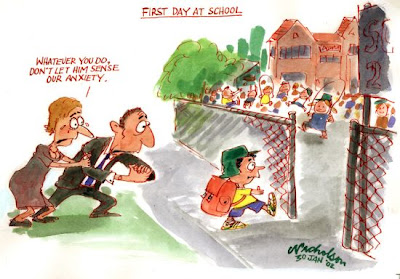 The comfortable call now is to press the sell button. After all, the market has rallied 50%, but the economy, except for Government statistics, still sucks.

And it would be nice and easy to just leave the market and book your winnings. A lot of stocks are extended. IP was under 4, it's now 19 and change, and that stock looks like it put in a top.

JWN looks like it has topped out, and so does WYNN, two numbers that I just escaped with last week. I got lucky there. FITB also looks like it is tired, and I kicked this number out today at 9.97.

Look at the rally that ANF had. I scalped out a short on that number, after the bad press they had with the girl that had the prosthetic arm, won a lawsuit against them.

It's not the news of the lawsuit that affected the stock, it's just that it was extended.

But it still doesn't mean we are ready to roll-over, even though the whole world is waiting for that to happen. I don't think the comfortable trade wins.

Remember what happened in May after Bob said to sell? We pulled back 2.5% that day, just like we did here. And then after May 13 the market still headed higher.

But then, the matron of the market, Abbey Cohen of Goldman wasn't pimping stocks higher. She was out in force today, advertising 1050-1100 on the S&P by year end.

Which means Goldman is still long some inventory!

It's back-to-school season for kids, and its back to season school for the market.

So if it dips tomorrow, I think the bulls will show up again.

So they can let Goldman lighten up!

Because the market here, is just like the first day of school.

Because nothing happens at the first day of school!

And the market, doesn't want anyone to think it's worried!
Posted by Palmoni at 7:44 PM

Where you come up with your images i don't know, but they are unique. Very entertaining.

during this time would you still hold mgm and hban? and nvda?

I'm holding MGM--I just don't get the market valuation on that.

hban --i'm also holding flipped fitb since it was up