Aren't we all stock promoters? 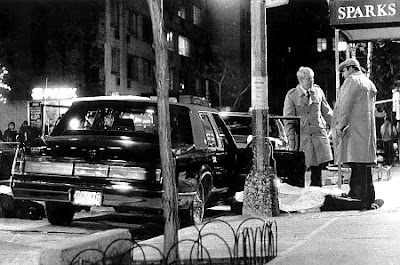 What's the difference between a cheap suit stock promoter and Goldman Sachs?

Isn't it just that Goldman Sachs knows how to bury the bodies? And that they already have the Government cooperating with them?

Today Zero Hedge had a story on BIDU--and Goldman Sachs panning it after it's IPO. The stock had jumped to 153 and change two days out of the gate, on massive volume, but a concerted effort by Goldman and the broker dealers to reign in the stock with naked shorting. I blew some stock out that day at 142 3/4.

And that was the stock I traded then. It was always on the Regulation SHO list, but it never seemed to matter. Goldman knew where to bury the bodies. And they needed the number down. So they said it was worth $27. Or then, maybe $45 on a good day. Goldman knew how to bury the body, and get the stock cheap before it ran.

But I watch the tape, even though the Feds don't. And I've noticed action in another Chinese play A-Power Energy (APWR 9.59) a Chinese wind turbine maker. This was a 30 dollar number, and also a 3 dollar number the past couple of years. It's now 9.58.

The only similarity it has with BIDU is that it's in China. And like BIDU in its early days, it's promoters were, shall we say, just a bit promotional. And like BIDU, it made it's presence known on the Regulation SHO list.

But judging by the press releases, I think the promoters and APWR are now ready to take on the shorts on Wall Street and in this favorable market environment, for a story on clean energy, I think it has the potential for a real sharp squeeze!

A week ago, APWR announced that they were going to buy EVATECH, a Japanese manufacturer of LCDs and PDPs, with a Government subsidy of about 40-45% of the purchase price. It's basically a buy of a company in re-org.

The shorts may challenge these assumptions. But then, the shorts also said the bank's balance sheets were trash. They forgot to count in our Government in that equation.

Are they missing the same in APWR? A bigger hand than they know?

It wouldn't be the first time!

But APWR has raised money. Some one is believing the story. $40 million in a convert in late June, right after they announced a deal with the Shenyang Government, and APWR has been promotionally promising better prospects going forward.

Next Friday they report earnings, and I think they'll get a buzz before the numbers come out. And it appears that they have closed some deals in this quarter, which will allow an earnings massage.

I think, this time, Wall Street buys it.

And you have a free shot on it--or at least until before they report!

And I think the folks in the body bags, this time will be the shorts!
Posted by Palmoni at 8:30 PM

You must either have a gift or have really good connections :P

Let's say I have limited capital and I had a choice between APWR and C... which one would you spec in?

APWR should run into earnings--so speaking purely from a speculators viewpoint--The Sept 10 calls are .85. You should have a double on these before Thursday.

Now you can parlay your profits into C calls, and play for free, taking out the money you put in.