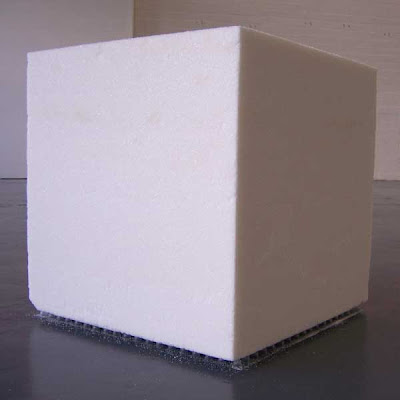 Time for a rant.

The stock market moves higher, yet bond yields come down.

Thus, the common thought is that the bond market is not discounting the recovery in the economy that the stock market sees in it's ebullience.

So supposedly, one or the other is wrong.

And since people want the market down, the thesis you'll hear, is that stocks are the ones that will follow bonds direction.

But they'll dress up this thesis with a ton of charts and gobblegook to "prove" their points.

Yesterday, I said that most stock guys can't take any pain, and most folks want you to get out in the first quarter, I'll give you all you need to know about the above thesis in 25 words:

The stock market is reflecting a profitable recovery for corporate America, and the bond market is currently reflecting the unwinding of some wrong way bets.

And now PIMCO's panda bear, El-Erian is on CNBS, who just last week told us that stocks had hit a wall, and stocks were on a prolonged sugar high. Now he says this sugar high is caused by:


Thus he says we need a continual injection of sugar.

Maybe he doesn't realize how big this sugar cube is!

But how about his injection of bearishness that has kept people out of the market, who are on the sidelines, that now need to buy? Why would the market accomadate those people that were afraid to invest?

So now these learned folks, who manage close to a trillion dollars, are reduced to talking about "Sugar highs?" And last week it was "walls?"

Next they'll be talking about "Sugar walls!"

Maybe Mr. Sugar high, needs to watch Sugarcube since he is so afraid of making money! (and keeping with my quarter thesis, the point is made in the first 25 seconds)

If Bernanke's mission statement is to keep interest rates down, then of course bonds won't be dropping if equities rally. Though this will be highly inflationary down the road!!

Hey quick question on that PDL BioPharma company. It seems they are only managing the patents that they have and are set to expire in 2014. Are they going to dissolve at that time or do they have other revenues to pick up after? This looks like a bond with nice upside potential, but I wish they paid their dividends quarterly!

Yeh PDLI is really almost a bond equivalent play--with a .50dividend thrown in a few weeks.

As far as what is going to happen after the patents expire and their other sources of revenue, it would just be speculation on my part, but it will still worthwhile, but I look as this as a cheap play, with a .50 dividend that should give a total return of about 10%+ in a month.

I don't want to guess at what happens after that.

Palmoni, what do you think of this guy:

everything makes sense and they are expecting a big fall soon.

Anon - what is the track record of evil speculator. Has he been calling the top for months?

anon - he's been calling the top since Palmoni's been bullish. just curious what people thought...he does waves, etc...too complex for my brain but i read for pleasure

Anon - the wave theorists are all bearish as they think a down wave is imminent. I am sure if we rally it will fit into some new wave pattern, or some 27.5 minute chart pattern