Control over this market has been lost 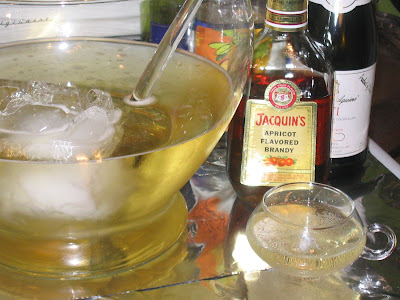 Those that sold out at 880, wanted another entry point to get in.

They didn't get it.

Those that sold out at 940, to pack up their portfolios and go home, thought they were being prudent. They expected another lower entry point.

They didn't get it.

Neither did those that sold out at 980.

Look at GOOG on Friday. How come they couldn't pin GOOG at 460? When was the last time that GOOG wasn't pinned on expiration at the strike?

Look at much maligned Citigroup, a stock I have been touting. Wasn't this supposed to close at 4 this week? Wasn't that the playbook of the big guys on the street?

Why couldn't they pin this number?

Someone could easily argue that stocks follow the touts on this blog, and not Wall Street's playbook.

Think about that for a second. Could Wall Street be a bunch of lunatic bulls?

Or is it just because Wall Street has lost control of stock prices?

Does anybody remember when Wall Street last lost control of stocks? When the day-traders dictated prices? In 1999-Q1 of 2000?

Look at AIG, FRE, FNM, C and CIT. Look at the volume pounded through with these names. Wall Street tells the world that these stocks are supposedly worthless. Yet they trade 2 billion shares together in a good day.

How is Wall Street so wrong?

Because Wall Street is starting to lose control.

And Friday, we saw just a wee bit of froth. Wait until we start seeing a wee bit more.

Despite what Wall Street wants.

Bernanke's bluff, and we saw all of it on display this week, was just a pompous display of grandiosity, and it is going to blow up in his face. Ben's bet, is that all the toxic assets on the bank's balance sheet will be able to be papered over, by the massive interest spread that banks are making on the backs of the consumer.

Has anyone gotten any mail this weekend regarding credit cards? The opt-out letters are coming in everywhere. Jacking your card rates up another 5%, while their cost of funding goes down another 5%. NSF fees that total $38 billion borne by those who can least afford it.

Ben didn't have a clue in the world that the stock market would be here a few months ago. Nobody I know did--unless they heard it from me. So this idea that Ben has, that interest rates can be held down until late 2010 to allow the banks the opportunity to screw the consumer with the spread, is just stupid.

Because the animal spirits on Wall Street smell the scent of the bears blood.

And if the bears are the market's black swan, it means we need to melt up.

And the speculation that is coming down the pike, into the market will soon be the Fed's consternation.

And this idea, that the bond market only recognizes the inherent dislocations in the economy, and that they are the only ones with the repository of gravitas who see the coming W in the economy is just foolishness.

After all, who is the biggest players in bond land? Isn't it PIMCO? And how right have they been on the stock market?

You can answer that question with another--How wrong have they been on the stock market?

Animal spirits, will not be contained with rates at 0-.25%. And that money, which has been grudgingly placed into equities, is soon going to find it's place at an accelerating and alarming rate.

Which will hit bonds.

Because the buyers of stocks up here, will be the bears that are on the ropes.

And now, they're going to get hung.

Because Ben has already promised the punch bowl for another year.

So let's spike it now!

(I'm sure you're asking why would the punch be spiked with apricot brandy. Because apricots relieve constipation or induce diarrhea. And remember my stool check? And haven't the legs already fallen off the bears stool?) Now on that post with the bulls stool check, back on April 22, you'll notice I referenced Mr. Benjamin Dover III. He wrote a column today over at Zero Hedge. It looks like even the best of the witty bears are struggling for relevancy in this bull market!)
Posted by Palmoni at 7:37 PM

So you think the markets are a little frothy here, but it'll lead to more froth then it'll rip due to irrational exuberance or just plain panic buying from the bears?

If Benny boy keeps the punch bowl out for at least another year, I'm sure commodities will be flying high as a result!

That's what it looks like!! And those waves can print a ton of money and the idea that the guys in the pit won' t goose commodities is just wishful thinking wouldn't that be the black swan...new highs in the market in a punk economy not quite what the textbooks ordered!

Goldman Sachs released a research report in August claiming that we'll witness a commodity shortage starting in 2010. Guess these guys are always "ahead" of the market.

Any specific month or time frame where Benny's printing press will be at full steam?