Another "Oh My" moment!! 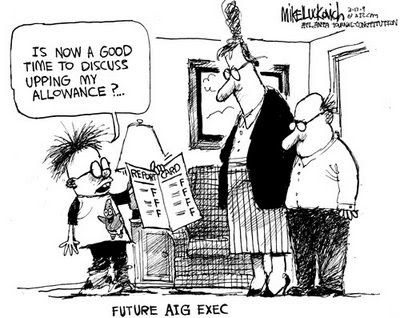 So stocks sell off into this morning news.

And we get another "OH MY" moment.

This is just another trick of Mr. Market. After all didn't we get the Doug Kass call the other day? To sell? After all, didn't he call the bottom? If the bottom is 790, on February 17, then the answer is yes!!

While sentiment and valuation are not the sine qua non in determining share prices, it should be underscored that the current bear market is the second-worst in history, both in terms of price decline and the erosion in P/E multiples. This means that embedded expectations are low. While sentiment, as measured by hedge fund and mutual fund redemptions, remains acutely negative, individual, sovereign and institutional liquidity remains abundant and is growing swiftly.

On multiple fronts, equities appear to have incorporated the bad news and are undervalued both absolutely and relative to fixed income:

In fact, Doug Kass highlighted this video today--showing he has a sense of humor, and is already feeling squeamish about his "top" call.

So what does Mr. Market do today on the good news? It sells the news. Why? So everyone can now think that the "good news" is priced into the market!

Yeh, right. It isn't priced in! The bears are just priced into a corner!

But the bulls have the balls, and the bears are eunuchs, so they can't even follow through with their threats.

How about AIG? We had the whole Wall Street world telling us that this number was worthless today. It rallied 7, sold off 10, and then rallied back 5.

That's all the bears have?

They're just like the folks at AIG. They're scoreboard is all F's, but they think they should get paid.

So what do the bears have?

They should get bonuses or we might negatively impact their self-esteem!!

Weird market. Macro data world over is getting better ... but everyone wants to sell

The last bear angle is jobs ... and there are signs of that improving

L/S you are right--we might not consolidate very long before the next move up!

Heck we already got a week in already!