What happened to "bubbles?"

Where did all that bubble talk go? Why did it disappear?

Is it because the market is now recognizing that it isn't a bubble, and those commentaoris on bubblevision, now can't get their panties in a bunch babbling about bubbles?

Or is it because "bubbles" aren't even on Amazon anymore!

After all, weren't these panties hawked on Amazon as "Deluxe String of Bubbles?" 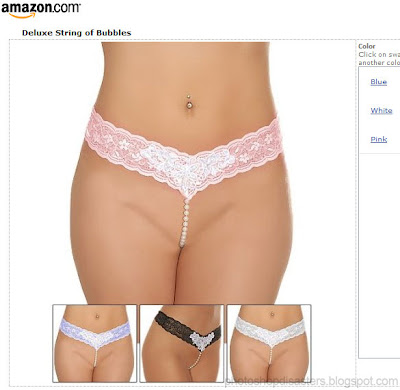 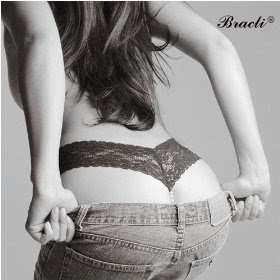 You can still buy the panties, but now they've been renamed-Pearl G-Strings.

It's seems that the bubble has turned into a pearl.

So quit talking about the string of bubbles!

Bernanke has been re-appointed, with an early decision made, because in a week, we get to look over the Fed's books.

And those loans are "pearls" and not "bubbles."

No buts about it!

And they need Bernanke to "photo-shop" those loans!