Someone buy Nouriel Roubini a cellphone! 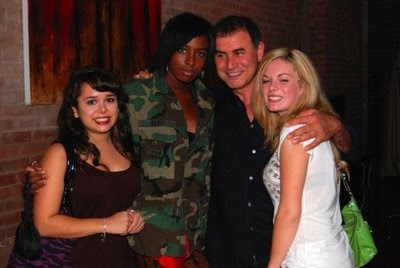 Dr. Doom was finally banged around by Bloomberg today! Since the US markets have re-gained $4 trillion of value, "Roubini said in March the advance was a “dead-cat bounce,” that it may “fizzle” in May and warned in July that the economy’s “not out of the woods,” the MSCI World Index was posting a 58 percent gain, the largest since it began in 1970."

So how could the good Dr. miss this move? Can we get some color from him on his calls--or maybe just a "huddle?"

Quick--would someone buy him a cell phone.

And now that we are at my 1040 S&P target that I advertised in April that I would re-advertise after we hit 1040, instead of retesting 666, the mainstream press now sees his position for what it was.

After the fact, of course!
Posted by Palmoni at 7:35 AM