The WSJ disbands the "fundamentals" 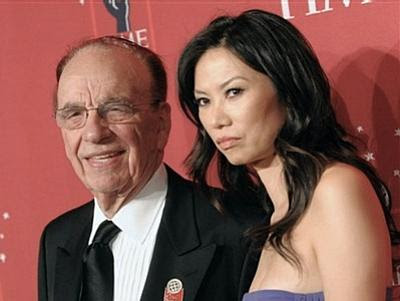 After being bearish on every move higher by the stock market, and after warning us about lower prices, now that we have moved +50%, look what the WSJ has to say:

The breadth of the recent rally has technicians bullish.

And they they quote:

"There has been no evidence of deteriorating strength in each of the rally days this week, suggesting a continued healthy condition for the rally from the March low," wrote Richard Dickson of Lowry Research in a Monday report referring to last week.

Isn't that special? Now they are bullish?

Maybe it's because the WSJ wants to sell the Dow Jones stock-market indexing busines!

Last week, we found out that you can now rent the Murdoch's sailboat--and fantasize about sleeping in their bed.

Now before you start with your fantasies, you should remember that Murdoch's current wife, divorced her first husbad, who was 32 years her senior because he was a "father figure" to her.

Maybe it was the "grandfather figure" that she really coveted!