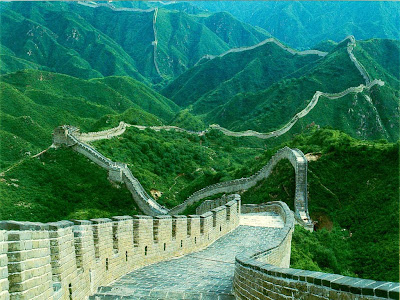 Remember El-Erian's forecast in May? And the decade of sub-par equity returns?

"For the next 3-5 years, we expect a world of muted growth, in the context of a continuing shift away from the US, Japan and Germany, and toward the systemically important emerging economies, led by China."

And all of PIMCO's negative blathering on CNBC since 666?

And now, that the S&P, the world's largest index, has moved 55% in 5 months--do you think we would at least get an apology?

No. Remember what he saidthis week? He said markets had hit a wall!

Now you know why he said we hit a wall. Look at what he said in May.

He's still looking at the Great Wall of China!

But don't pandas live on bamboo?

love your blog even though it has an "edge" to it