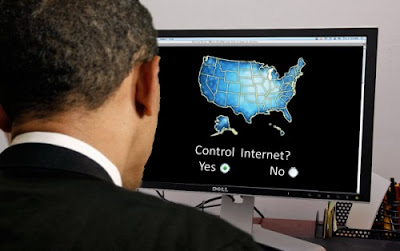 The federal government would have “absolute power” to shut down the Internet under the terms of a new US Senate bill being pushed by Joe Lieberman, legislation which would hand President Obama a figurative “kill switch” to seize control of the world wide web in response to a Homeland Security directive.

Lieberman has been pushing for government regulation of the Internet for years under the guise of cybersecurity, but this new bill goes even further in handing emergency powers over to the feds which could be used to silence free speech under the pretext of a national emergency.

“The legislation says that companies such as broadband providers, search engines or software firms that the US Government selects “shall immediately comply with any emergency measure or action developed” by the Department of Homeland Security. Anyone failing to comply would be fined,” reports ZDNet’s Declan McCullagh.

The 197-page bill (PDF) is entitled Protecting Cyberspace as a National Asset Act, or PCNAA.
Posted by Palmoni at 3:08 PM

Like I said, anyone trying to play this market (except gold and related) is an idiot and deserves to lose their money...