$1 trillion of mineral deposits in Afganhistan 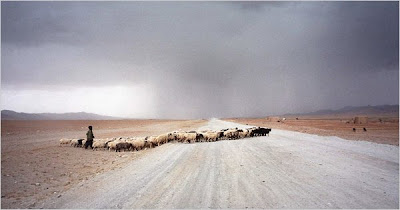 So says the Defense Department. Who needs proved or probable reverses when you have the Pentagon speaking ex catherdra?

NYT
WASHINGTON — The United States has discovered nearly $1 trillion in untapped mineral deposits in Afghanistan, far beyond any previously known reserves and enough to fundamentally alter the Afghan economy and perhaps the Afghan war itself, according to senior American government officials.

The previously unknown deposits — including huge veins of iron, copper, cobalt, gold and critical industrial metals like lithium — are so big and include so many minerals that are essential to modern industry that Afghanistan could eventually be transformed into one of the most important mining centers in the world, the United States officials believe.

An internal Pentagon memo, for example, states that Afghanistan could become the “Saudi Arabia of lithium,” a key raw material in the manufacture of batteries for laptops and BlackBerrys.
Posted by Palmoni at 8:27 AM

Do you think our government already knew of this reserve ?