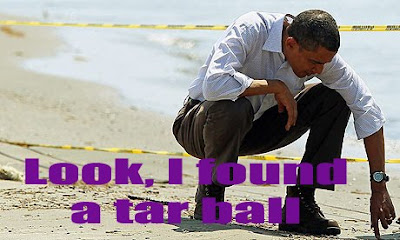 Remember when the cigarette companies were the whipping boys on Wall Street? Now its Big Payout or BP. In today's WSJ we see these facts on BP:
Everyone has an interest in keeping BP healthy enough to milk, so all this talk of bankruptcy is just stupid.

And the idea that tough talking Obama will actually do something to BP is even sillier!

The premium on the out of the money puts on BP is just stupid.