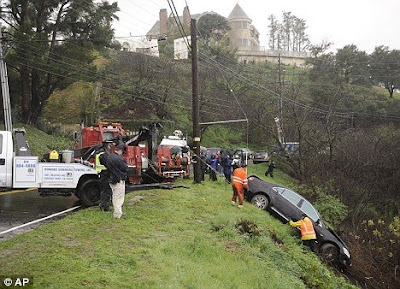 In February, someone drove his car down the Hollywood Hills ravine. 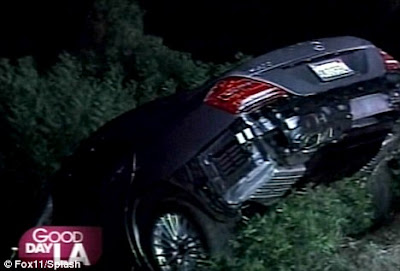 The other night, the same thing happened again. He left the keys in his car in his garage, and somebody decided to go out for a spin.

And just like this market, every bit of news is spun by the bears as the precursor to Armageddon!

They were never happy with the crash we had--so they want another.

Even if they have to do the driving!
Posted by Palmoni at 9:31 AM

Don't you just hate when that happens !!

Unknown People abscond with your car and dump it in a ditch somewhere. Twice!!

Clearly, this guy has been around lawyers enough to know how to " articulate" a senario to keep himself away from prosecutions.

Stupid as it is, if cops want to charge him, they'll have to prove it. Sheens not going to open his mouth and help the cops charge him. Clever fellow.

are u long or short MPG?

if you're addressing me, I don't short stocks. Stocks, as they say, can remain irrational longer than you can stay solvent.

I own puts on PCBC, thats all. After the Ford deal caused fools to bid up the stock clearly without reviewing the details, I bought jan. '11 puts.

I've got no position with MPG.

Palmoni, do you think green energy has a chance to go mainstream this decade? Or are they going to fall on the wayside like in the 70's?

Here is a pair that trade fairly close to each other, but I'm not in either right now