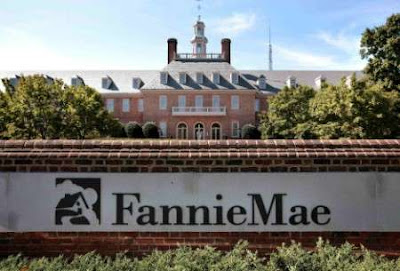 Jonathan Weil out with a commentary this morning on the Bloobmerg of a $6.3 trillion essentially off balance sheet transaction. Should Fannie and Freddy be on the balance sheet? Should they be visible to the taxpayers?

ARTHUR LEVITT, POLICY ADVISOR, GOLDMAN SACHS: Absolutely. It's an incredible article. He's absolutely right. Fannie and Freddie belong on the balance sheet if we're in an era of transparency.

The White House is already forecasting $1.3 trillion budget deficit for 2011, which is about $3 of spending for every $2 of government receipts. Fannie and Freddie are wards of the State. Orszag already promised that that's where they should be. And he's not putting it there. Shades of Enron.

KEENE: Really? That big a deal?

LEVITT: It is that big a deal.

KEN PREWITT, HOST, 'BLOOMBERG SURVEILLANCE': So if Fannie and Freddie were on the government's balance sheet, everything would look even worse than it does now?

LEVITT: Oh, considerably worse.
Posted by Palmoni at 7:34 AM