Employment Growth Finally Coming (Wells Fargo)
This report needs to be read as an antidote to this by Bloomberg. 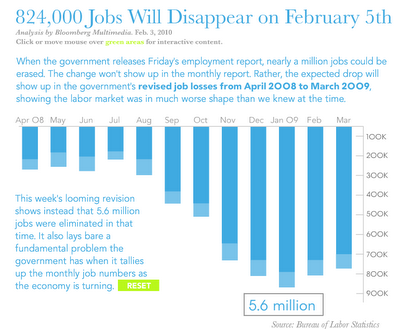 Now granted, the Bloomberg report is factual; and employment will improve, despite all the Government fluff. 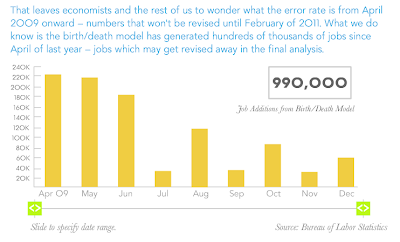 The BLS is still adding jobs; 990,000 Obama jobs have been created out of thin air since April of 2009. And they over-reached by 824,000 fantasy jobs that they said were created last year---those now get lopped off.

But if you stay bearish on unemployment decreasing, then you'll miss the move in stocks.
Posted by Palmoni at 5:51 PM