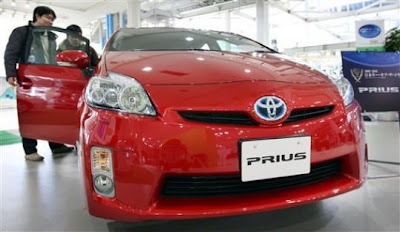 WSJ
In the company's first news conference on the emergence of complaints about brakes on the Prius, Hiroyuki Yokoyama, Toyota's quality general manager, said the company in late January rewrote the software program to improve the system. The Prius cars assembled since then all carry the modified version of software in their braking systems, but the company has yet to decide on whether and how to rewrite the programs on the cars it has already sold, he added.

Not a word--even though  they changed the software.

Someone needed to die first, before they would undertake the software fix or even acknowledge it.

The 77 complaints?  Just bury it in the desk drawer.
Posted by Palmoni at 7:27 AM