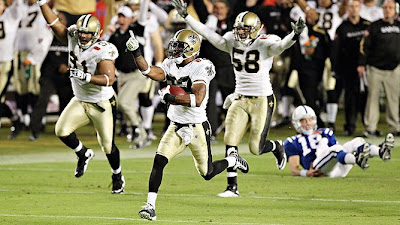 Why doesn't someone really run with the headline that's right!! About the league "MVP!" 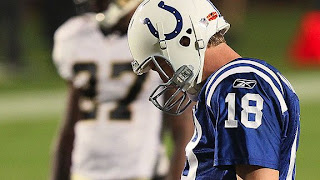 You don't think Peyton was feeling the pressure?? Did anyone see how he looked on the sidelines?

Sitting on the bench--pouting? Worried about a girlfriend story leaking the night before the Super Bowl, instead of winning the game?

Really, Peyton can do whatever he wants in his off time. That's his business. But the distraction sometimes is a variable in performance!

Because after one little rush,  Peyton cracked!

They played to win!

They went for it on fourth down at the goal line, and started the second half with an onside kick. 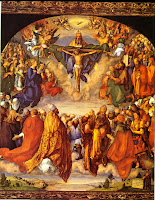 If the Saints didn't recover the kick, we'd hear "Favre" stories about their coaching by the Monday morning quarterbacks.

But you don't hear those stories when you win!

And today, was All Saints Day!

And Benny the bookie?

That was an amazing game! Manning sure did crack under pressure. Now the sad part.... no football for like 7 months! :(

Payton did not crack. Both qb's played very well.
Getting picked off by one of the quickest defenders in the game is hardly cracking.

Before that throw, it looked like the score might be tied shortly. Sure, it was the big swing of momentum in a great game, but it was not do to a choke.