Supposedly, the National Enquirer had the goods on Tiger a couple of years ago with some grainy photos of him with some stray trim, so Tiger did the cover of the Men's Fitness magazine as a payback--a magazine also owned by the same publishing company--to kill the story of the affair. (In case you didn't get the humor of Obama being on  the cover of Golf Digest with Tiger!) 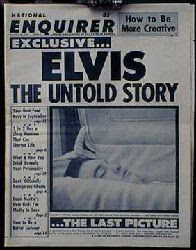 Since the National Enquirer is spilling all this news, I guess it's time for me to spill some on them. Remember the story how this picture of Elvis Presley was shredded in 2001 because an anthrax laced letter was sent to the National Enquirer? Thus their headquarters in South Florida had to be raised--then decontaminated and supposedly nothing could be taken out of the building.

Bob Stevens, the photo editor that opened the anthrax letter, died from the spores. So did the Elvis picture. But that's how a good con works. You destroy the most famous picture, because if that one is destroyed, then so must everything else. However, "Magically" some items left that graced those hallways. And if you worked there, you know what I'm talking about.

But I don't kiss and tell. Especially if you bought them! 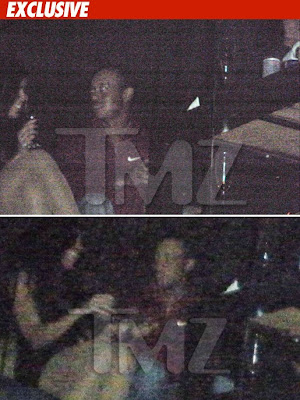 But speaking of Tiger and his sponsorships---at least TMZ is giving NIKE some free advertising.
Posted by Palmoni at 7:35 AM

[b]Anonymous surfing[/b]
Using our service you'll be fully anonymous in the Internet. Hide your IP address, and nobody will know that strange visitor from Germany ( Great Britain, Estonia and so ), is you.

[b]Traffic protection[/b]
Don't worry, from this moment all you data will be protected using 256 bit Blowfish encryption algorithm. Nobody can access your internet data.

[b]Wide variety of countries[/b]
You can choose one of over twenty high speed servers located in different parts of the world, from South America coast to islands in Indian Ocean.

Internet Assist is a leading web design and web development company based in Essex and London, who specialise in website design, hosting and marketing solutions for small, medium and large organisations. We are at your service for any of your web design needs. Visit http://www.i-a.co.uk.