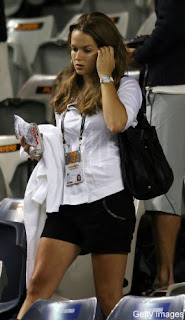 The No. 4 ranked tennis player in the world, Andy Murray was dumped by his girlfriend Kim Sears because he spent to much time playing video games.

Sources close to Sears said one of the causes [of the breakup] was the world number four's long hours playing video tennis and PlayStation 3 games such as the best selling Call of Duty sequel.

Brad Gilbert, Murray's former coach, has said in the past that Murray spends "seven hours a day" playing video games.

The source told The Sun: "He would spend all his time glued to them. In the end she just got fed up with it. She wanted more out of the relationship. 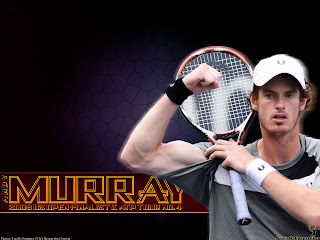 Maybe she spent too much time talking on the phone!

But it looks like he just got another sponsorship!
Posted by Palmoni at 8:24 AM


I don't mean this in a bad way, of course! Societal concerns aside... I just hope that as technology further innovates, the possibility of downloading our brains onto a digital medium becomes a true reality. It's one of the things I really wish I could encounter in my lifetime.

Purchasing memory cards is such a time consuming process... You have to search online for prices, sort through which ones are legit, step out and walk around a bunch of stores,compare prices, finally buy your memory, and then fervently pray that the price doesn't fall in the next two weeks or so.

I've been f'd over by some ridiculous price drops in the past... especially this one time when I bought a Micro SD card for my R4 gaming flash card at what was apparently a steal, only to later see that it had dropped $5 in a week.

It's interesting to see just how pervasive virtual memory has become in our every day lives. It seems like everytime I turn my head, I see something with a card slot or USB port, haha. I guess it makes sense though, considering how inexpensive memory has become lately...

Gahhhh, I shouldn't be moaning and groaning. I can't make it through a single day without my R4 / R4i!