Obama's now a populist: Bankers are "fat cats" that "don't get it." 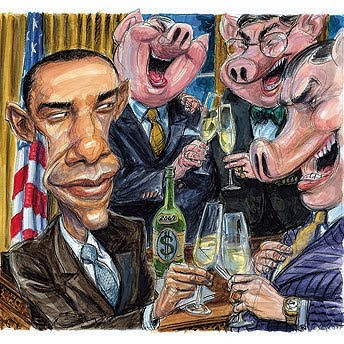 "I did not run for office to be helping out a bunch of fat cat bankers on Wall Street."

Now he says that? Who did he appoint? And who did he help? And who took the $300 million thrown at Congressional lackeys, and who lobbied this Administration to prevent financial reform?

You took the money and now you want to be a populist?

Where was the populist outrage then?

The rest on 60 Minutes tonight.