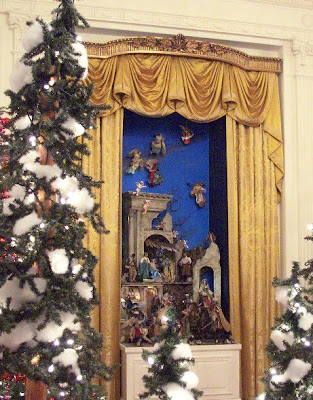 Obama debated about having a Christmas Manger at the White House because Bo wanted a "non-religious Christmas."

The lunch conversation inevitably turned to whether the White House would display its crèche, customarily placed in a prominent spot in the East Room. Ms. Rogers, this participant said, replied that the Obamas did not intend to put the manger scene on display — a remark that drew an audible gasp from the tight-knit social secretary sisterhood. (A White House official confirmed that there had been internal discussions about making Christmas more inclusive and whether to display the crèche.)

The polls win. So Obama decided to keep the manger. 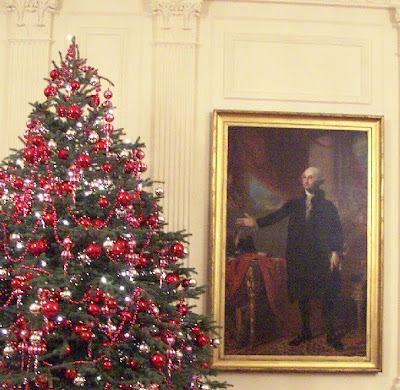 And so far the tree still isn't under discussion!
Posted by Palmoni at 8:18 PM

we're having a hard time breaking 1120 on sp. you think it will get past there this year? made a good attempt on fri but of coure fell over.

some people think the drop in gold and rise in dollar is a trap so IMF can sell the gold to China before it heads up again?