NYT: The bond vigilantes are back 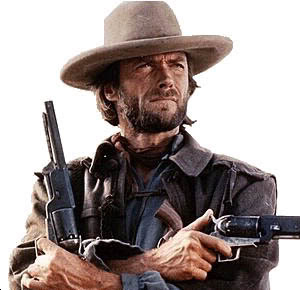 Vigilantes or raiders? Let's buy some swaps an do to countries what we used to do to companies!! And then, get a puff piece in the NYT that says we are the one forcing austerity!

Vigilante: definition... someone who illegally punishes someone for perceived offenses.... however a vigilante may follow a different definition of criminal than the local law.

LONDON — The bond vigilantes are back.

But this time they are roaming mostly through Europe rather than the United States — at least for now. Their mission: to force governments to cut budget deficits that have ballooned in the wake of the financial crisis.

Today, the bond market posse has set its sights on Europe — particularly Britain and Greece — where stagnant economies and high levels of government spending have led to the highest budget deficits in the region.

Although the left-leaning governments in both countries are struggling to show investors that they have a workable plan to reduce deficits — which now average around 13 percent of gross domestic product — bond traders are increasingly demanding higher interest rates to reflect the rising risks.

Bond traders last week pushed the spreads between Greek 10-year bonds and their benchmark German counterparts — a measure of investor confidence in the country — to highs of 250 basis points after the nation’s credit rating was downgraded, raising concerns over Greece’s ability to service its enormous debt.

In Britain, where the nation’s economy and finances have fallen so sharply that investors fear a possible downgrade of the country’s triple-A rating, bond traders are also taking a hard line. Last week, yields on gilts were pushed to their highest levels since the depths of the financial crisis, after the Labour Party issued a preliminary budget report that skimped on details of spending cuts.
Posted by Palmoni at 7:52 AM