And the average federal worker's salary is now 76% higher than the average private-sector salary:

Federal employees making salaries of $100,000 or more jumped from 14% to 19% of civil servants during the recession's first 18 months — and that's before overtime pay and bonuses are counted . . . 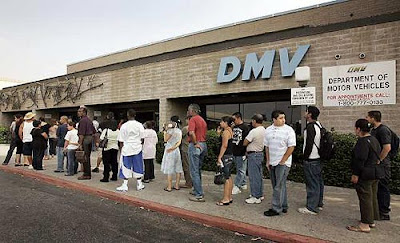 When the recession started, the Transportation Department had only one person earning a salary of $170,000 or more. Eighteen months later, 1,690 employees had salaries above $170,000....

Private-sector employees could be forgiven for thinking that state and local government is a racket. In the private sector, you can do your job well, for a well-established company like Circuit City, KB Toys, Lehman Brothers, Saturn, or Gourmet magazine, and suddenly find yourself without a job for one of many reasons: changing consumer habits, a dramatic drop in revenue, new competition, reckless management decisions, or just bad luck. State and local legislators face possible job loss once every two years at most, and gerrymandering and the benefits of incumbency ensure its rarity. And when the governing classes want more money, they just demand it from those they govern. 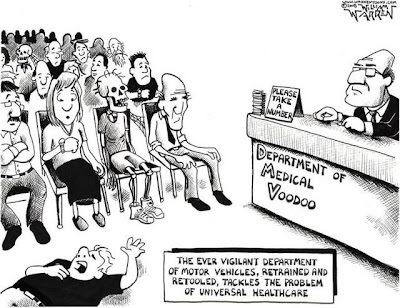 But we'll soon have them in charge of health care!
Posted by Palmoni at 4:14 PM