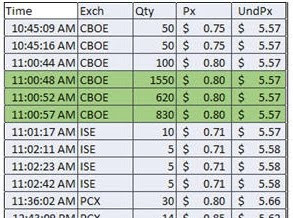 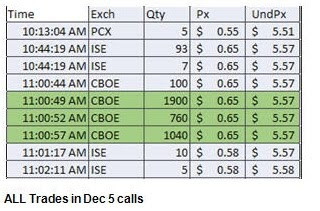 Look at the options action in 3Com before HPQ's bid today.

Nothing like a last minute takeover leak on news!

But we can rest assured that there is no insider action over at SAC Capital. 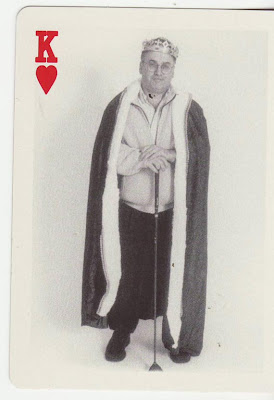 King Stevie told us so. The other day, he said found no peculiar trades at SAC.

Maybe Stevie needs to look a little harder. After all, did he even know what trades to look for?

Since he didn't the WSJ decided to help him out.

Federal authorities in the Galleon Group insider-trading case are investigating the activities of a former SAC Capital Advisors analyst who has been cited, but not named, in a criminal complaint filed in the case, according to people familiar with the matter...

The investigation of Mr. Adams's activities could be significant for prosecutors as they expand the Galleon case to examine trades at, among other firms, SAC—one of the nation's best-known hedge funds.
---------
(And how about Wyeth? Every hedge fund in the world knew about that deal. Why else with the WSJ leaks on that name?) 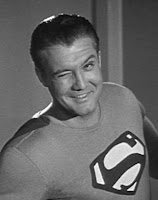 But maybe the COMS leak came from Goldman Sachs!

Because yesterday they advised clients that 3Com had inexplicably withdrawn from this conference!

And when you inexplicably withdraw from conferences, it normally means that there is some material news.

Just make sure SAC got that note! In that huddle!