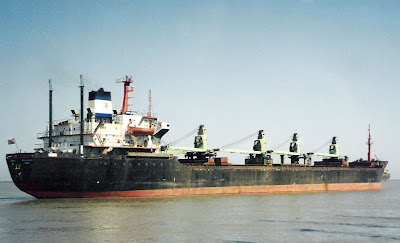 OK--We all knew the bearish case on the shippers. It was outlined here by Zero Hedge--with my rebuttal less than two months ago.

But things have changed dramatically since then.

The Baltic Dry Index (BDI) has moved up over 65% since that bearish slant by Zero Edge, and my bullish twist on the same. The stocks however, didn't move, so now they look much better fundamentally, and also on the charts. Buffett bid for Burlington, (check the first story--and you will know why that was important and the one earlier tonight about inventories) the stock market is at new highs, we have big growth in China, and now, these stocks have gotten off of the mat, and they've finally caught the eye of traders.

And traders move the names.

And here's another idea. In the Goldman research I posted earlier, you'll see that they had good things to say about Potash, but they didn't move their price target--they kept it at 95. But Goldman said they were excited about spring, in regards to Potash. Anyone remember China and their Potash pricing? And shipping?

Now I buy when things are cheap, and I don't get afraid of cheap stocks when they become cheaper. But that isn't how Wall Street works. Sometimes they just wear you out--but the price action today and tonight shows that we are going to get some action in these names.

Paragon Shipping (PRGN 4.68) reported after the close, and they earnings were fine. The stock added a bit yesterday, and it helped the "feel" for the group. Excel Maritime (EXM 6.59) closed up 12%, and even much diluted DryShips (DRYS 6.77) was up over 8%.

These stocks were all  part of the bears fraudulent thesis that they fostered unto the public, and they wanted these names down, to help convince the fence sitters that the economic recovery was just a manipulated easy money balloon.

Well, last I check, 1/4%  is easy money--even if they are not lending it out. So they are speculating with it. What difference does it make to you?

I don't know, but I can hardly sleep at night, because I have so many ideas. If you don't find this market exciting, it means you have to change your outlook.

We're heading to 1440 by June on the S&P. Where in the heck do you think these names are going to go when that happens?

Look at today's WSJ. We have this article (make me gag-whatever I'll put it out)

In the Woody Allen film "Annie Hall," the main character tries to explain irrational relationships by recounting an old joke. "This guy goes to a psychiatrist and says, 'My brother's crazy, he thinks he's a chicken.' The doctor says, 'Well, why don't you turn him in?' And the guy says, 'I would, but I need the eggs.'"

But what if the Fed's efforts to stoke a recovery are merely creating asset bubbles in equities and elsewhere? What if government guarantees—explicit and implicit—are encouraging high-risk investment behavior rather than restoring conditions for normal market returns? What if excess dollars produced here are being channeled by speculators into foreign stock and bond markets as part of a currency play.
--------
What if?

Does she even read the tape? What does she do? Just read bearish bloggers?

Her point is that this recovery is "illusory." For many people it is. But that won't make you any money. It just makes agood read. Your neighbors plight, doesn't matter one bit to Wall Street. Heck, Hatzius, Goldman's economist, said unemployment is good for stocks.

What will she have to say after we move another 30% in her face? What kind of a facial is that?

All we have done is just restored stock prices to some semblance of normalcy. 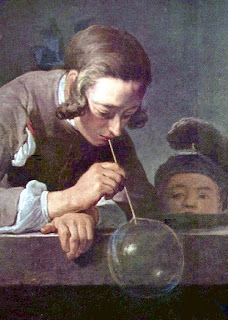 Asset bubbles? We haven't even started! We're just getting over the Great depression II that never happened. That Obama and Bernanke saved us from. If you believe that!

OK--now we have our Fed buying every bond under heaven, and no one talks about a bond bubble? When is that going to end? And how will that end?

And how about our dollar? What happens when that money moves into something tangible? Oh wait--you are seeing that already!

Hasn't she heard about the commodization of markets?

And I've said it a dozen times, that the bears are this market's black swans. When in the name of G-d are they ever going to get off their high horse of bullsh*t, and start feeling some more pain?

This market, will eventually Amazon these bears, instead of just doing it to individual stocks. And that's what nobody is prepared to happen. The bears are lucky that we have so many fund managers that are content to just lock in gains, and call this a year.

That's why I've been saying that we should have a barnstorm in January. Up 7%. That way, it will force everybody in right away. 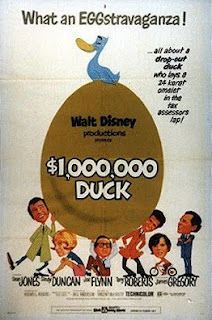 We'll see what they are saying then.

By then, the chicken will be laying golden eggs!
Posted by Palmoni at 3:27 AM

I wish market could take new turns in coming year and thing will move on towards settlement. Right now, it is pathetic market condition and is eager to move up. Last quarter results were okay and are like ray of hope for market. I hope market will recover soon from this recession trauma.