Richard Russell Comment -- In the world of towering debts, anything is possible. After all, the US got away with not settling its international debts with gold in 1971. And the US got away with "stealing gold" from its own citizens in 1933. Desperate times breed desperate deeds. Nothing should surprise us during the years ahead.

(A comment here--before you dismiss the thought that our Government would confiscate gold--It that just an opinion, or is that an opinion of the market? Let's look at the market's opinion. Why are the NAV's of the gold ETFs in Canada at a premium while the ones in the States are at a discount?) 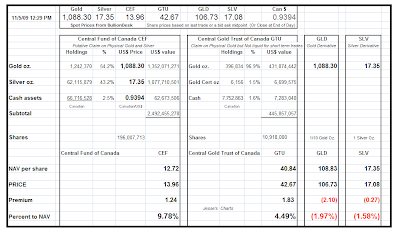 Gold no longer moves opposite to the dollar. Today the dollar was higher and gold was also higher. Gold is now acting as an anti-fiat currency. Gold is now serving as an alternative currency, and it's moving up against almost all central bank-created fiat currencies (which is why the central banks hate and fear gold). In rising, gold is giving the "middle finger" to all central banks, and of course, their business is fiat currency, money which is backed by nothing except the word of politicians.

This weekend, we have Barron's take on gold:

But Yamada remains unequivocally bullish on gold, as she has been since 2001. Investors would have done better in gold since then, even through the peak of the 2006-7 advance that took the Dow to 14,000 (which seems like an eternity ago.)

Indeed, the Dow in gold terms has fallen from 42 ounces at the peak of the tech bubble in 2000 to nine ounces currently, indicating the Dow has been in a bear market and gold in a bull market since then. That ratio could reach 2:1, which, if the Dow went back to 8,000, would translate to $4,000 gold.

What makes gold stand out now is that it isn't just a play on the ever-weaker dollar, as it's now appreciating in other currencies, Yamada observes. The distrust of Western economies extends beyond the U.S., as evidenced by India's decision last week to purchase 200 tons of gold from the International Monetary Fund. The economies of Europe and America had "collapsed," India's finance minister declared. Hyperbole perhaps, but a sobering assessment from the rest of the world.

(Gold doesn't matter? Look at the market rally in the S&P, adjusted for gold. Because isn't that what gold has become? And why does Goldman want to give India a "certificate" for their gold, while they take possession of it?) 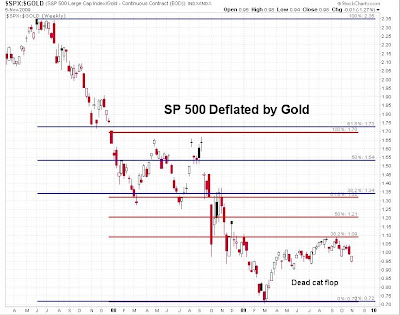 The National Inflation Association on gold:

Roubini expects to see heavy deflationary forces through 2012 from industrial overcapacity, falling labor costs and a still damaged financial system; but it is our belief that with the Federal Reserve leaving interest rates on Wednesday at 0%, a massive overdose of excess liquidity will override these deflationary forces and ultimately lead to hyperinflation. Inflation is the easiest thing for any central bank to create and the Federal Reserve is clearly pulling out all the stops to see that we have inflation. Unfortunately, the Federal Reserve doesn't have an exit strategy. By the time inflation becomes the top story on the news each night, it will be impossible to control.

In our opinion, the world will be shocked at how quickly gold rises to $2,000. Jim Rogers' prediction of $2,000 per ounce gold in the next decade is extremely conservative, it could happen next year. Jim Rogers based his prediction on the fact we have been discussing for a long time, gold's high of $850 in 1980 adjusted for inflation is $2,300 per ounce in today's dollars. Compared to 1980 when we were the world's largest creditor nation, today we are the world's largest debtor nation with a national debt that is about to hit $12 trillion. With the U.S. government itself estimating a $9 trillion budget deficit over the next decade, we will eventually get to a point where 50% of taxes collected by the treasury will be needed to pay the interest on our national debt. Combined with unfunded liabilities for Social Security, Medicare and Medicaid, we believe hyperinflation is inevitable. 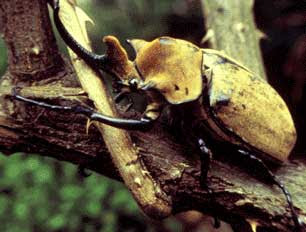 Now before you dismiss this inflation talk as just another fringe gold bug group with an agenda, look at PIMCO's El-Erian in Barron's today:

While the jobless rate argues for continued low rates, the other two conditions -- inflation trends and inflation expectation -- are flashing yellow lights. Gold touched $1100 an ounce last week while the Treasury Inflation Protected Securities market was indicating higher inflation expectations. Then, he adds, there's the question of the Fed's policies feeding asset bubbles, a lesson we should have learned from the past.

"Putting it together, there's no right answer" as to whether the Fed should raise rates or wait, El-Erian says in an interview at Pimco's Newport Beach office. "It's a question of which mistake you're willing to make," which is why he says he doesn't envy policymakers these days.
------
Sometimes, the crowd is right.

You could trust gold, or you could trust the bankers--who are so short gold, soon they'll have to eat their own to have their position covered. 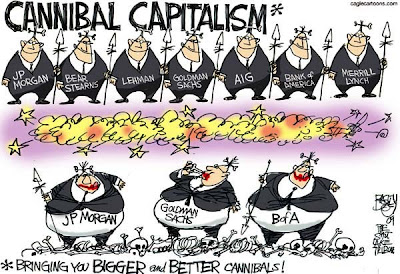 And the bankers say it is just a "barbaric" relic?

Then why are they fighting for it?

And why is our gold at Ft. Knox under so much protection?

And our dollar isn't?
Posted by Palmoni at 8:08 AM

I know that fiat currency is all about a confidence game. The moment you lose the confidence in let's say the dollar, it is almost impossible to win back that confidence. Taking a look at the US balance sheet, there's no way in hell anyone will regain confidence in our greenbacks.

Since Bernake will keep the cheap money flowing, and there's a huge demand for gold and there are jackasses(banks) short the yellow stuff too, I can see it becoming the next asset bubble!

Hello there! This is mmy firt comment here so I just wanted to give a quick shout ouut and tell you I really enjoy reading through your posts.
Can you suggest any oter blogs/websites/forums
that cover the same topics? Thanks a ton!