Hillary: "We tax everything that moves and doesn't move" 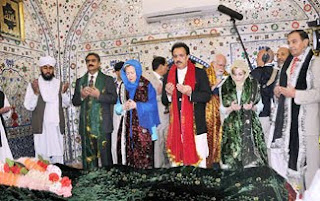 Hillary is telling the truth, and she's getting headlines. Here's what she said about Al Qaeda:

“I find it hard to believe that nobody in your government knows where they are and couldn’t get them if they really wanted to,” she added.

“Maybe that’s the case; maybe they’re not gettable. I don’t know... As far as we know, they are in Pakistan,” Clinton told senior Pakistani newspaper editors in Lahore, AFP reported. “The percentage of taxes on GDP (in Pakistan) is among the lowest in the world... We (the United States) tax everything that moves and doesn’t move, and that’s not what we see in Pakistan,” she said.

It wasn't really a bad week for Hillary.  At least she told the Palestians to pound sand!
Posted by Palmoni at 9:15 AM