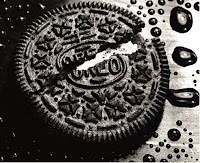 They're not earning that interest anyway.

Look at the NY Times story on Citigroup:

Of the company’s $1.2 trillion in credit commitments outstanding in the second quarter, $873 billion were credit card lines. A measure of the bank’s efforts to wrestle that problem to the ground is the interest it charges customers: in October, Citigroup raised interest rates on some credit card holders to 29.99 percent.
------
Here's another take on the same story.

And that's the problem with their balance sheets.

They're never black and white.

And that's the problem with the banks and the credit card companies.

Owning them is a bet on extend and pretend; until pretend becomes better.

There are just better places for your money. 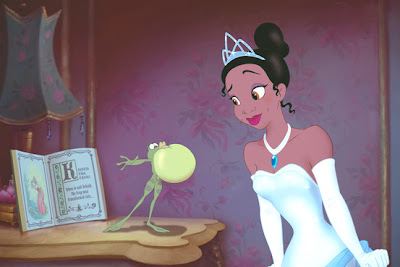 Their new move "The Princess and the Frog" is the first hand animated feature film by Disney in six years.

How much competition is that movie going to have?

When stealing and lying is!
Posted by Palmoni at 8:32 PM

what's your take this week? up or down?

will CIT's announced BK have any impact tomorrow?

Palmoni...so are you short quite a bit financials?

What's your take on today's action?

It looks like Friday was just the year end dump by hedge funds with shorts piling on.

USB gets another gift from the FDIC with their bogus loss sharing arrangements.

I thought they would at least try and attack the financials but that's looking difficult--anytime a bank gets in trouble, you get another gift to the "stronger" banks when you have this receivership of the weak banks--and since the FDIC is basically out of money they do a loss ahre--how do you get in on that game??

I just suck at shorting--I have good staying power on longs, but I'm just a pussy on shorts.

I don't buy the bearish long term thesis--so I tried to be cute and play the correction and it messed my trading up.

I suppose that's why we only hear from the perma bears. They have to really believe in their thesis when the stocks go against them.

I can be long a ton of stuff, and I can walk away from the screen and not even drop a sweat. I get short, and I stay glued to my seat.

Probably because I believe in the long term bull market thesis.

And I think that's what happens to the market. When you gang tackle a stock and short it--it's a pretty good rush--but if you don't have follow through selling the stock gang tacklers leave.

Then later in the day, we have the hard core bears laying out some ammunition--after the weak kneed shorts get squeezed out on the first uptick.

That's probably how today should play out

Will you be covering shorts today?

No not yet It looks like they are starting to hit things a little bit now...I'm just hoping they hit it hard today, and then have a gap down.

does a GAP down mean that the market will open lower then move up?

I think we could get that--If we violate the trendlines, everyone will think we are heading down.

So I'm looking for the gap down to cover

what a werid day...so what now? we didn't drop as hard and actually came back.

Hey Palmoni ( aka Great one! )

My heart sank when you sot the bull over the weekend. I am still bullish. I lost my underpants shorting during jan 2000. High interest rate is not to kill the Christmas shopping by stupid banks, but to goose up their phantom balance sheets you say?

I got too negative because these stupid banks threw me off--I spent too much time at night studying their balance sheets and not enough time sleeping!!!

I even covered my Goldman short today..better just to bitch about these companies than try and make money shorting them

still holding FAZ wasn't around to sell when it bounced up...not sure what to do with that too....seems like people might start shorting financials again?