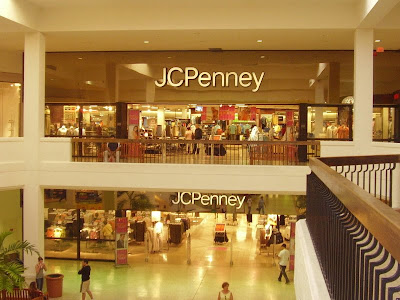 JC Penney and ANF! Those are today's tells! And don't forget that, next time these shills on the street pimp out their bearish nonsense.

Heck, JCP pulled back from 37. Time to get back what it lost!

And last I checked, that is real money. Real money for shareholders, and real money lost by those short.

Remember, in this market, the shortsellers are the new "black swans." It's an unblemished bull. And I've been advertising that since the bottom on March 9, and advertising 4,444 as the long term target of this bull market on the S&P, for those touted 325 on the same. And that number isn't ridiculous. It's just history.

But every data point, every bit of news is disregarded. We had consumer confidence print 66 this morning, and Erin Burnett said, "The market just gave back all its gains." Oh.

Then we'll hear that the market is going up on low volume.

This market doesn't need to convince the bulls. We have a huge pool of buyers. The shorts! 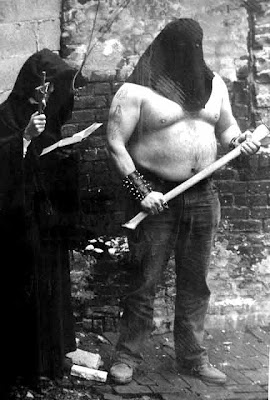 And Mr. Margin Clerk is buying on behalf of the black swans, who are increasingly upside down on their positions!

Now this morning, I put out a piece and I mentioned Doug Kass. Today, Doug Kass now explained what he meant, last night, when he said, what he didn't mean to say! So in fairness, here is what he said today-on Real Money--And since I talked about the real money that the shorts were losing, here now is Doug's written recap of his recollection of the events last night:
-----------------------

Kass: It's nice to back with everyone on "Fast Money," especially Princess Karen Finerman, daughter of Roland, King of the Druids.
Adami: Does that mean she is a Druish Princess?
Kass: No, Guy, she really doesn't even look Druish. -- Doug Kass/Guy Adami, on CNBC's "Fast Money" last night


And, with the above parody on Mel Brooks' Spaceballs, we began the "Bull Market or BS" segment of CNBC's "Fast Money" last night.

With the Planet Druidia in sight and with a 1% correction in the stock market yesterday, let's "prepare to fast forward" to the tape of my appearance on "Fast Money."

Melissa started by asking me my reaction to my market top call on the show in late October. I started by saying that I had expected a 5% to 12% drop from the highs and the decline stopped at about 6% and then swiftly returned back and made a higher high.

My view is that there is some whistling past the graveyard in today's stock market as investors have become dismissive of a number of intermediate-term challenges and are now ignoring several important short-term warning signs that seem to be rationalized away in a tide of rising world stock prices.
I suggested that some of the following shorter-term warning signs will weigh on equities:

Tim Seymour, an outspoken bull, asked me what about the strong tape action and the rising GDP forecasts by a number of good economists. I said that, while I am respectful of Tim's views (and others), at the end of up moves, the demarcation between fantasy and progress often gets blurred. Certainly, the message of the markets over the past month is that, with increased certainty, investors are growing more comfortable with the forecast of a smooth and self-sustaining economic recovery in 2010-2011. Many, like the economists Tim mentioned, now have even adopted the view that the current cycle is the start of a normal 45-month expansionary phase that has typically followed a recession over the past century. The previous consensus forecast of a shallow recovery has now been displaced with far more optimistic and unrealistic projections, but the intermediate-term challenges of nontraditional headwinds loom ever closer at hand: Municipalities are in financial disarray and won't provide their normal anchor to growth, the credit mechanisms that existed in the shadow banking industry and in the securitization markets still remain adrift, marginal tax rates are headed higher, and I don't see what replaces housing as a driver to growth -- the sector was responsible for over 40% of job growth in the 2001-2007 period.

Melissa, a disbeliever in my bearish thesis, asked how long, in the face of the market's steady rise, was I willing to remain ursine in my market outlook? I responded that while I now see a far less attractive risk/reward ratio than at any time in 2009, I am also respectful of Mr. Market. Realistic factors that could weigh positively on the market include the continued buyout activity, which raises the perceived notion of value, and the normal seasonal market strength seen in November and December.

While I understand the rarity of 10% bull market corrections -- Strategas' Jason Trennert has done some good work on this -- I ended the segment by expressing the view that there is no message in the recent market ramp nor, more important, in recent economic releases that lead me to change my baseline expectation that market and economic challenges will rise anew over the next few months along with the withdrawal of stimulus and the threat of higher taxes.

May the Schwartz be with you! Whistling past the graveyard?


Maybe its just the wind in the rustling leaves.

And it just looks to me that some egos are getting bruised, and some of these Wall Street bears are suffering from hyper-sensitivity.

Meanwhile, the market waits for no man!
Posted by Palmoni at 2:43 PM