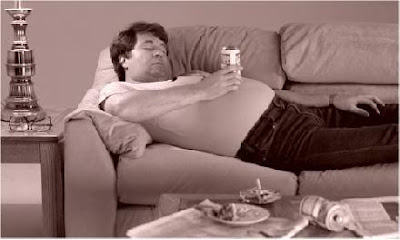 Kudlow should check out today's WSJ.

SILVER SPRING, Md. -- Paul Joegriner hasn't worked since March 2008, when he was laid off from his $200,000-a-year job as chief executive officer of a small bank. But you wouldn't know it by appearances.

His wife, Marzena, shuttles their two young children to private school every morning. The family recently vacationed in Virginia Beach, Va., and likes to dine on Porterhouse steaks. Since losing his job, Mr. Joegriner, 44 years old, has had several offers. He's turned each down in hopes of landing a position comparable to what he held before.

The family's lifestyle over the past year and a half has been propped up by a $200,000 severance package and another $100,000 in savings -- funds the family has burned through rapidly. By Mr. Joegriner's own calculations, the family will be out of money in six months if he doesn't find work.

Mr. Joegriner is a member of what might be called the severance economy -- unemployed Americans who use severance pay and savings to maintain their lifestyles.
----

But don't worry. Goldman says unemployment is good for stocks!
Posted by Palmoni at 7:58 AM

I'm holding Dec 5s, which haven't been good to me, but are back to about breakeven.

Would you roll the dice or move on?

Stocks wear investors out before they make a move.

I'd hold them. Baltic Dry Index keeps moving up, and the stock is cheap

Palmoni are you holding stock and calls?

" stocks wear investors out before they make a move " I like that observation. Another way of saying how diabolical the market is the way Ken Fisher describes it. He views investing in stocks as riding a broncing buck. Stocks are always trying to throw you off and leave you standing on the sidelines. Understanding that you will be tested you steel yourself for some attempts to shake you out.