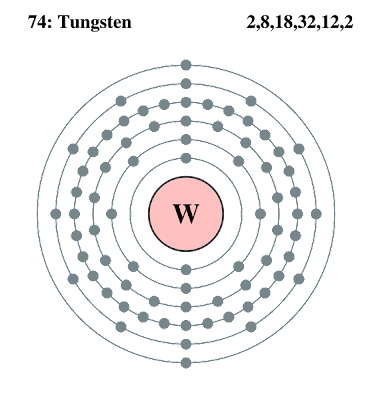 I’ve already reported on irregular physical gold settlements which occurred in back in the first week of October, 2009.  Specifically, these settlements involved the intermediation of at least one Central Bank [The Bank of England] to resolve allocated settlements on behalf of J.P. Morgan and Deutsche Bank – who DID NOT have the gold bullion that they had sold short and were contracted to deliver.  At the same time I reported on two other unusual occurrences:

2] -    reports of 400 oz. “good delivery” bricks of gold found gutted and filled with tungsten within the confines of LBMA approved vaults in Hong Kong.

If anyone were contemplating creating “fake” gold bars, tungsten [at roughly $10 per pound] would be the metal of choice since it has the exact same density as gold making a fake bar salted with tungsten indistinguishable from a solid gold bar by simply weighing it.

Unfortunately, there are now more sordid details to report.

When the news of tungsten “salted” gold bars in Hong Kong first surfaced, many people who I am acquainted with automatically assumed that these bars were manufactured in China – because China is generally viewed as “the knock-off capital of the world”.

This was apparently all highly orchestrated by an extremely well financed criminal operation.

Within mere hours of this scam being identified – Chinese officials had many of the perpetrators in custody.

And here’s what the Chinese allegedly uncovered:

Roughly 15 years ago – during the Clinton Administration [think Robert Rubin, Sir Alan Greenspan and Lawrence Summers] – between 1.3 and 1.5 million 400 oz tungsten blanks were allegedly manufactured by a very high-end, sophisticated refiner in the USA [more than 16 Thousand metric tonnes].  Subsequently, 640,000 of these tungsten blanks received their gold plating and WERE shipped to and remain there to this day.  I know folks who have copies of the original shipping docs with dates and exact weights of “tungsten” bars shipped to . 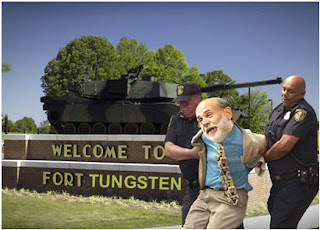 The balance of this 1.3 million – 1.5 million 400 oz tungsten cache was also plated and then allegedly “sold” into the international market.

Makes one wonder if the Indians were smart enough to assay their 200 tonne haul from the IMF?

A Slow Motion Train Wreck, Years in the Making

An obscure news item originally published in the N.Y. Post [written by Jennifer Anderson] in late Jan. 04 has always ‘stuck in my craw’:

The offices of the Senior Vice President of Operations - NYMEX – is exactly where you would go to find the records [serial number and smelter of origin] for EVERY GOLD BAR ever PHYSICALLY settled on the exchange. They are required to keep these records. These precise records would show the lineage of all the physical gold settled on the exchange and hence "prove" that the amount of gold in question could not have possibly come from the U.S. mining operations – because the amounts in question coming from U.S. smelters would undoubtedly be vastly bigger than domestic mine production.
We never have found out what happened to poor ole Stuart Smith – after his offices were "raided" – he took administrative leave from the NYMEX and he has never been heard from since. Amazingly [or perhaps not], there never was any follow up on in the media on the original story as well as ZERO developments ever stemming from D.A. Morgenthau’s office who executed the search warrant.
Are we to believe that NYMEX offices were raided, the Sr. V.P. of operations then takes leave - all for nothing?

These revelations should provide a “new filter” through which Rothschild exiting the gold market back in 2004 begins to make a little more sense:

“LONDON, April 14, 2004 (Reuters) - NM Rothschild & Sons Ltd., the London-based unit of investment bank Rothschild [ROT.UL], will withdraw from trading commodities, including gold, in London as it reviews its operations, it said on Wednesday.”

Interestingly, GATA’s Bill Murphy speculated about this back in 2004;

“Why is Rothschild leaving the gold business at this time my colleagues and I conjectured today? Just a guess on my part, but suspect:”

*SOMETHING IS AMISS. THEY KNOW A BIG GOLD SCANDAL IS COMING AND THEY WANT NO PART OF IT. …”

“ROTHSCHILD WANTS OUT BEFORE THE PROVERBIAL "S" HITS THE FAN.” BILL MURPHY, LEMETROPOLE, 4-18-2004

In light of what has occurred – regarding the Gold ETF, GLD – after reviewing their prospectus yet again, it becomes pretty clear that GLD was established to purposefully deflect investment dollars away from legitimate gold pursuits and to create a stealth, cesspool / catch-all, slush-fund and a likely destination for many of these “salted tungsten bars” where they would never see the light of day – hidden behind the following legalese “shield” from the law:

Excerpt from the GLD prospectus on page 11:

The Fed Has Already Been Caught Lying

Earlier this year, the Gold Anti-Trust Action Committee (GATA), filed a second Freedom of Information Act (FOIA) request with the Federal Reserve System for documents from 1990 to date having to do with gold swaps, gold swapped, or proposed gold swaps.

On Aug. 5, The Federal Reserve responded to this FOIA request by adding two more documents to those disclosed to GATA in April 2008 from the earlier FOIA request. These documents totaled 173 pages, many parts of which were redacted (covered up to omit sections of text). The Fed's response also noted that there were 137 pages of documents not disclosed that were alleged to be exempt from disclosure.

GATA appealed this determination on Aug. 20. The appeal asked for more information to substantiate the legitimacy of the claimed exemptions from disclosure and an explanation on why some documents, such as one posted on the Federal Reserve Web site that discusses gold swaps, were not included in the Aug. 5 document release.

In a Sept. 17, 2009, letter on Federal Reserve System letterhead, Federal Reserve governor Kevin M. Warsh completely denied GATA's appeal. The entire text of this letter can be examined at http://www.gata.org/files/GATAFedResponse-09-17-2009.pdf.

The first paragraph on the third page is the most revealing. Warsh wrote, "In connection with your appeal, I have confirmed that the information withheld under exemption 4 consists of confidential commercial or financial information relating to the operations of the Federal Reserve Banks that was obtained within the meaning of exemption 4. This includes information relating to swap arrangements with foreign banks on behalf of the Federal Reserve System and is not the type of information that is customarily disclosed to the public. This information was properly withheld from you."

This paragraph will likely be one of the most important news stories of the year.

Though not stated in plain English, this paragraph is an admission that the Fed has in the past and may now be engaged in trading gold swaps. Warsh's letter contradicts previous Fed statements to GATA denying that it ever engaged in gold swaps during the time period between Jan. 1, 1990 and the present.

[Perhaps most importantly], this was GATA's second FOIA request to the Federal Reserve on the issue of gold swaps. The 173 pages of documents received for the 2009 FOIA request all pre-dated the 2007 FOIA request, which means they should have been released in the response to the earlier FOIA request. This establishes a likelihood that the Federal Reserve has failed to adequately search or disclose relevant documents. Further, the Fed response admitted that it had copies of relevant records that originally appeared on the Treasury Department Web site, but failed to include them in its response.

Now that Federal Reserve governor Warsh has admitted that the Fed has lied in the past about the Fed’s involvement with gold. It should now be very clear to everyone why the Fed is lying and the true nature of what they are hiding / withholding.

An important footnote to consider is the inter-twined-ness of the U.S. Federal Reserve and the U.S. Treasury [can anyone really tell them apart?] as well as this duopoly’s two principal agents – J.P. Morgan-Chase and Goldman Sachs.  When one truly grasps the nature of these highly conflicted relationships it gives a fuller meaning to words recently uttered by Goldman head, Lloyd Blankfein, who claimed,

Does this really mean that Mr. Blankfein believes that the Federal Reserve is god?  You can judge for yourself.  While the Fed prints money like no one else could - except god almighty himself [or Gideon Gono, perhaps?] – I really doubt that was the intent back in 1864, when the adopted “In God We Trust” as their official motto.

And that’s my two cents worth for today.

Got [real] physical gold yet?

Rob Kirby
(He forgot to mention that the Fed does prices its gold at $42.22 an ounce. I guess that's the price of unaudited Ft. Knox plated tungsten.)

Hey Palmoni,
I feel like taking a saw and finding out if my kilo bar is all gold or not. It is PAMP and has a certificate.

PAMP bars are the good ones!