It's all about compensation 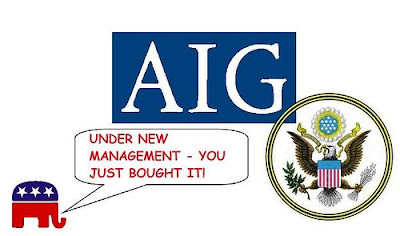 Robert Benmosche has told the board of American International Group Inc. that he is considering stepping down as chief executive of the government-controlled insurer, just three months after taking the job, according to people familiar with the matter.

The executive is chafing under constraints imposed by AIG's government overseers, particularly a recent compensation review by the Obama administration's pay czar, Kenneth Feinberg, according to the people.

“I often hear references to higher compensation at Goldman,” said Mr Blankfein. “What people fail to mention is that net income generated per head is a multiple of our peer average. The people of Goldman Sachs are among the most productive in the world.”

I guess the moral of the story is--Just buy stocks--It will make you productive!
Posted by Palmoni at 8:31 AM

Do you think we'll ever get a pull back in gold to get in on miners? I keep missing on HL it just keeps going up.

Btw...do you still have LIZ?

Yeh I'm just about ready to buy more of it

is 10340 on the DOW resistence? we hit that and just fell off today. another blogger mentioned that it's the last time we'll see it in a long time.

Yeah right, that other blogger also said we would NEVER see SPX 840 in our lifetime as well.

every pullback has been regulated to 5.6%--so why sweat it?

Nothing is stopping gold!!

Check out this video http://www.youtube.com/watch?v=Gk5aRIz17fk

Guess people still have no idea what gold is worth :P

Palmoni- i need some help and was wondering if you can lead me to the right place or point me in the right direction.

work project and i have no clue.