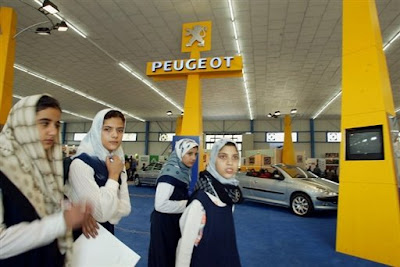 It looks like a couple American companies made the show!

That would be the country that spent a trillion dollars — on the invasion and occupation, but also on training and equipping Iraqi security forces, and on ambitious reconstruction projects in every province aimed at rebuilding the country and restarting the economy.

Yet when the post-Saddam Iraqi government swept out its old commercial fairgrounds and invited companies from around the world, the United States was not much in evidence among the 32 nations represented. Of the 396 companies that exhibited their wares, “there are two or three American participants, but I can’t remember their names,” said Hashem Mohammed Haten, director general of Iraq’s state fair company.
------

So what was Iraq? Just a front for defense graft by American companies, disguised as a war?

KBR had $33 billion of contracts under Bush--now zero from the Iraqi government. 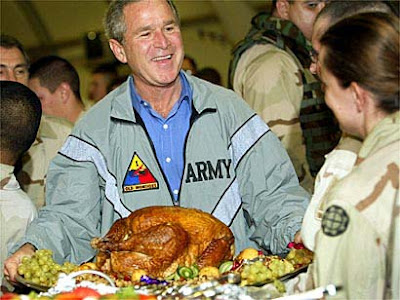 The biggest winner? Turkey. From zero to $10 billion.

They just get the bird!
Posted by Palmoni at 8:00 AM