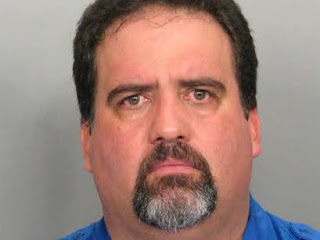 A TSA worker in Miami was arrested for aggravated battery after police say he attacked a colleague who'd made fun of his small genitalia after he walked through one of the new high-tech security scanners during a recent training session.

Rolando Negrin, 44, was busted for assault after things got ugly at Miami International Airport between Negrin and some of his fellow Transportation Security Administration workers on Tuesday.

Sources say Negrin stepped into the machine during the training session and became embarrassed and angry when a supervisor started cracking jokes about his manhood, made visible by the new machine.
Posted by Palmoni at 9:16 PM