What ever happened to "Moral Hazard?" 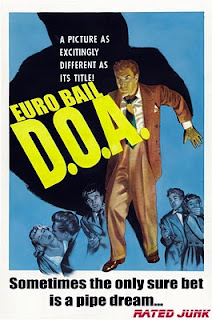 Throw a trillion dollars at Europe--and you think the Federal Reserve will really end too big too fail?

And throw a trillion dollars at Europe--and do it in a day?

Which leads some to question where is the money coming from:

The provenance of the actual money is questionable. There are two plans under consideration here: 1. An extension of an already existing fund which was already used to help Latvia, Hungary and others by Eur60bn. 2. A far bigger plan to pledge around Eur 440bn of bilateral loans from eurozone members to support each. However, there is very little detail at all on where the money would come from, and the detail we do have is slightly suspicious (for instance, the fact that the euro members need to set up Special Purpose Vehicle to do this is not at all encouraging). The IMF has also apparently pledged to provide a further slug of cash – up to Eur250bn – and this money, should it actually arrive, is more solid. The first segment will affect the UK, but Britain, as a non-member of the euro, can opt out of the second.

This (bigger) plan is nowhere near approved by euro area governments. It involves significant further integration, so is very unlikely legally to be able to be pushed through without the approval of EU members. Given the no votes to the EU constitution from France and the Netherlands (and Angela Merkel’s defeat in the Bundesrat elections), can we really be assured of getting this approval? Moreover, there is big potential for legal challenges to the plan. The IMF will also have to approve the disimbursement, and one should not take that for granted either.

This could fatally undermine the European Central Bank – and potentially monetary policy for the eurozone. 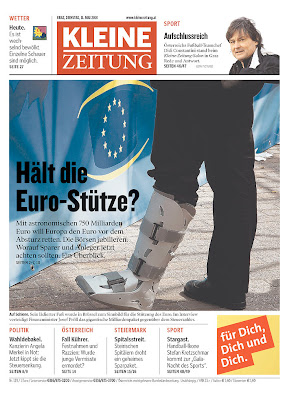