What is a "Bankster" thinking? 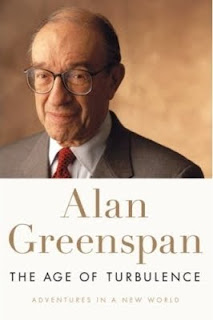 Come on, is that even a tough question? Why the nuclear option? Just read Greenspan's book, The Age of Turbulence, and check out when he talked about the crash.

Now I know these books are nauseating, but irrespective of that, the banksters move markets, so I'll indulge Sir Alan for just a moment, on the chapter Black Monday where he talks about the Federal Reserve's options after Black Friday, when the Dow dropped 508 points or 22% in October of 1987. (page 106)

"We don't need to wait to see what happens. We know what's going to happen." "You know what people say about getting shot? You feel like you've been punched, but the trauma is such that you don't fell the pain right away? In twenty-four or forty-eight hours, we're going to be feeling a lot of pain."

So they used the bazooka.

The market wasn't going to melt on Monday, and then, give people all the time in the world to buy stocks at wonderful prices, and then open down again on Tuesday, to reverse and then, have every pundit in the world say it was "Turnaround Tuesday!"

Markets don't work like that. You had the panic on Thursday, the recheck of Thursday's lows, (ex MMM and PG) at 10:30 on Friday, and now you are waiting for turnaround Tuesday? So every blogger with a tinfoil hat can then tell you that they were right because the system was going to collapse?

Think like a bankster crook, and you can take the "free money" that the banksters are doling out! 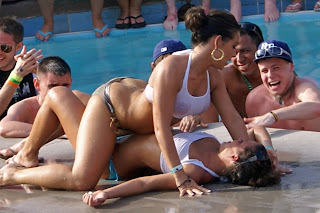 Or you can logically assess it, and do it your own way, and lose your shirt because the bankers brought out the bazookas!
Posted by Palmoni at 7:10 PM

That's a lot of monopoly money being printed by Germany and the IMF. But after last week's market action, I cannot see any retail person wanting to enter the casino again... the market's integrity is gone.

are you saying monday will be up...a chance to get out...and then tuesday we'll go back down?

Stocks I think made their bottoms. But if you are trading futures you flip them on the spike. They aren't a LT vehicle.

"They" need the markets up, and they have the monopoly money!