JPMorgan gets into the repo game 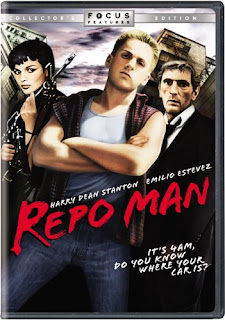 Last week, I was playing cards in the early morning hours, and after taking the jackpot, I got in a friendly shoving match. Unfortunately, the keys to my car were in the pocket, and the key broke in the alcohol induced machoism.

I had already lost my spare, so I needed to take the car into the dealer anyway, so I called a tow truck,and around 3:30 in the morning, big Bubba finally showed up to take me home. We talked in the cab as he towed me home, and I found out that his specialty was repos, and that business has never been better.

He told me about repo hazard pay, how people hide their cars, and how aggressive JP Morgan has been on repos. They now give him $600  a car, and even before the people are 60 days past due, JP Morgan proactively notifies him, so he can go and put trackers on their car. As soon as they are then past 60 days, that night, he goes and picks up the car. Some are blocked in, which he unblocks, some are parked a few blocks away from their home, but almost all of the cars go home to Chase.

The repo man, with the pre 60 day tracker, gets the cars early.

Especially if he works for Chase!
Posted by Palmoni at 8:40 AM

Can't blame banks for getting aggressive with debtors.
Look at how debtors these days have no reservation about stiffing their creditors.

I also noticed that FHLM foreclosures around here in Mi are getting the second sheriffs deed in 90 days rather than 120 days.
It looks like the mortgage cos are pushing out the squatters sooner rather than later now.

Palomoni--V is getting hammered again---Am I missing something here?- My understanding is that Interchange fees do not count as profits to V and MC, so would have no effect on profits---

How often do you see a co the size of V selloff 6-7% ??
All the gains are gone..... back to Sept pricing again.
But, techically, that flash crash on the charts, brief as it may have been, still needs retesting.

what is going on with V stocks?

Sure you don't want HUSA again??

The stock you claimed was worth 85 is in the single digits again.

WOW, what dumb luck you have enjoyed in the last year. To buy some scam crap like that and make money with greater fools buying it higher. Talk about stepping in some sh*t and coming out smelling like a rose.

I have done lots of analysis and put on smart trades plenty, only to lose. Why not follow the trend? Isn’t that what defines a trader? Anybody can study the numbers; traders make money when others can’t. Do yourself a favor and load the boat on some FBP. You’ll feel better after you pocket some money. It’s your tax dollars, use ‘em.