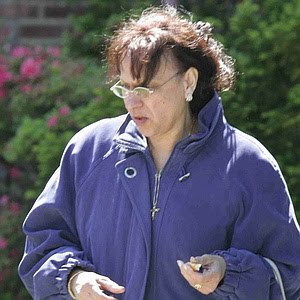 This broad is so callous she could work on Wall Street.

A technician in the NYPD's forensics lab has been suspended for allegedly falsifying drug-test results, throwing into question "maybe thousands" of criminal cases -- and prompting a panicked meeting yesterday between cops and the city district attorneys.

A Bronx drug trial was even abruptly halted last week because the longtime lab technician, Mariem Megalla, was supposed to testify in that case, sources told The Post.
Megalla, 57, is accused in one case of falsely labeling a sample of suspected drugs as positive for cocaine after it actually tested negative -- because she allegedly didn't want to walk to another part of the building and fill out paperwork to have it tested further, the sources said.

The case involved her testing 84 glassine bags of suspected cocaine. After 38 of the bags tested positive, the 39th came back negative, sources said.

But rather than having it retested, she simply peeled off the positive label from the 38th sample, allegedly slapped it on the 39th and retested the 38th herself, knowing it would come back positive, and got that new label and put it on the 38th sample, sources said.

In another case, she is accused of labeling as positive a crack pipe that had tested negative for drug residue, again to save her time and work, sources said.
Posted by Palmoni at 8:15 AM