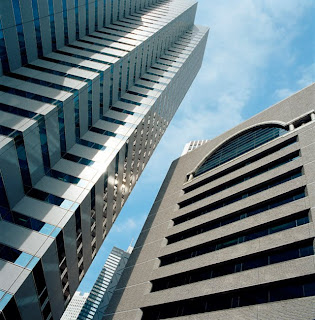 REAL-ESTATE MOGULS HAVE AN URGENT MESSAGE for Federal Reserve Chairman Ben Bernanke: Raise interest rates! The reason -- and I find this a real jaw-dropper -- is that bubble-level pricing has returned to parts of the commercial and retail real-estate markets.

"The flow of capital to the property markets is staggering," Barry Sternlicht, chairman and CEO of Starwood Capital Group, said last month. (You can hear him by going to www.milkeninstitute.org and playing the Monday, April 26, video from the Milken Institute Global Conference session titled, "Reviving the Global Real-Estate Market.")

Sternlicht's company owns 17 million square feet of office space and 13 million square feet of retail space, and it manages $12 billion for investors. But he says "tourists" desperate for yield are bidding up prices of real-estate investment trusts and physical properties. He tells of a recent Federal Deposit Insurance Corp. property sale that fetched 81 cents on the dollar, compared with the 51 cents he had been prepared to pay. The "tourists" include Asian investors, and Middle Eastern investors returning to the U.S. market because President Obama is perceived as Arab-friendly.

THE FRENZY IS AS IRRATIONAL as any spawned by Bernanke predecessor Alan Greenspan, because office and retail-store vacancies are near all-time highs. "This isn't the healthiest thing in the world. People already are paying for future growth," Sternlicht warned. He predicted that a lot of money will leave the market after the November election, because the Fed will then have to raise rates by two to three percentage points.

One reason for the frenzy: Investors are desperate for yield. Another: The supply of distressed retail and commercial properties is constrained because so many are the collateral behind commercial mortgage-backed securities, which take a long time to unwind...

Real-estate lawyer Lew Feldman, who moderated the Milken conference panel, represents many of the top REIT players and has intimate knowledge of the biggest transactions. Feldman, chairman of the Los Angeles Office of Goodwin Procter, says that investors justify paying high prices because they believe they are hedging against almost certain inflation. Not only would land values climb in inflation, they argue, but rents could be raised.

Feldman says he recently learned of a $135 million foreclosure that a bank expected to sell at auction for about $85 million and, possibly -- if it were exceedingly lucky -- as high as $95 million. But after 41 aggressive bidders showed up at the bank's front door, the property sold for close to par value.
Posted by Palmoni at 11:41 AM

Palmoni, Meredith does not look so stupid now is she?

Palmoni, are you holding to MGM and MPG?

Everybody, including Meredith will be right at least once in a market which is bounded by the 8000-12000 range for the next few months.

APWR is getting smashed? are solar stocks doomed?

mighty quiet here ....time to pit in some bids

well, probably Palmoni is going to be shown as bad forecaster too, like all his enemies - rosenberg, whitney and rest of bears.....nobody is right all of the time.
but pobably, it will not be advertised on this blog as his usual forecasts...

holding on to MGM? well I covered the May 14 calls that I shorted against it as a hedge today

and since Paulson took a stake of 40 million shares, I'll take it!