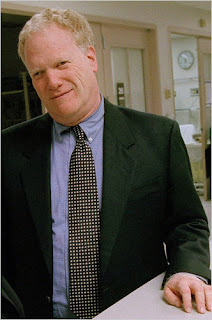 NYT
In Yonkers, more than 100 retired police officers and firefighters are collecting pensions greater than their pay when they were working. One of the youngest, Hugo Tassone, retired at 44 with a base pay of about $74,000 a year. His pension is now $101,333 a year.

Despite all the attention, police are now being paid as flagmen by Con Edison on their days off, Mr. Simpson confirmed, adding that the city was tacking the extra hours onto their pay, which is then reported to the state pension fund.

“The system encourages police to take as much overtime as they can in the last year before retirement. That’s the way the system is structured,” he said. “There’s nothing illegal or unethical about this.”

..The benefits have been enacted by legislators, signed into law by governors, hailed by comptrollers and adopted by local officials — all of whom were told by actuaries and other financial advisers that the pensions would cost just a fraction of what they are now turning out to cost.
Posted by Palmoni at 8:13 AM

We had that crap in my city in Mi but it was stopped as ripping off the taxpayers.

Aside from the overtime trick boosting pay lervels, we had cops and fire with a revolving door in the upper mgt.
They would give retiring personal the rank boost for one day as captian before the guy retired and thus got the higher rank pension.

Hah - NYs finest at their best. Now they can use the Times Square incident to rack up over time all year. Like they did after 9/11 for years!