The Beast needs to be Fed! 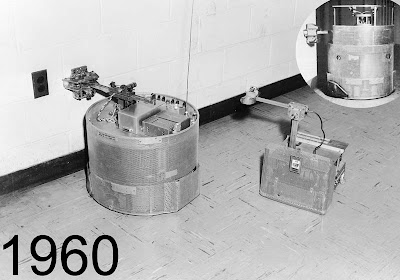 I just need to make some commentary on today's news, and to highlight the bias that seems to be creeping in, and the utter lack of objectivity permeating the nation's press and blogs!

So let me indulge myself for a little diatribe, but unlike my post on Sylvester Stallone and Sarkozy over the battle of the elevator shoes, I'll be at least succinct in my points.
http://aaronandmoses.blogspot.com/2009/04/sarkozy-vs-stallone-battle-of-shoes_05.html

That post was my idea of poking fun at the media's account of the news of the day! As John McEnroe would say, "You can't be serious!" But they were!

Sunday, we had dramatic, breathless headlines everywhere, of the rocket that North Korea launched. My line in the post above the shoe pictures was, "So much for North Korea's rocket that crashed in the Pacific Ocean."
http://aaronandmoses.blogspot.com/2009/04/blog-post.html

The rocket launch was a complete non event. It if really mattered, I would of had a picture of North Korea's Dictator, Kim Jong-Il with Stallone and Sarkozy in the battle of the shoes. After all, isn't Kim Jong-Il the world's greatest abuser of elevator footwear? Check out the link below!
http://www.dailynk.com/english/read.php?cataId=nk02300&num=157

So look at today's stories, and the complete misinformation being spread, just like yesterday's news that wasn't!

We started today with all kinds of stories of doom and gloom, of which I highlighted some this morning.
http://aaronandmoses.blogspot.com/2009/04/will-todays-headlines-be-tomorrows-news.html

Mayo's banking piece was breathlessly bandied about as though it was holy writ. And we had this piece, highlighted by some of the better blogs entitled, "The Beast Screams to be Fed" which basically said that taxes would bring the whole world to it's knees:

Even as taxpayers are struggling to make ends meet in a crumbling, tumbling economy, your friendly neighborhood (and state and federal) government is having a hard time making do with the meager trillions you're throwing its way, so it's relying on an old maxim:

If it exists, it can be taxed.
http://www.financialarmageddon.com/2009/04/the-beast-screams-to-be-fed.html

Now this taxation was taken to the next level, with this article by Zero Hedge:

And two months ago one would have been almost tempted to believe David Paterson that he "will never increase taxes." Too bad that like every other politician, a little time and a ridiculous budget deficit is all it took for the governor to flip on his promise.
http://zerohedge.blogspot.com/2009/04/new-york-to-become-ghost-town-after.html

So we went from higher taxes to New York being a ghost town! Do any of you readers buy that?

Isn't that ironic? The media and bloggers assume New Yorker's are so dumb, that they won't be able to find a way to get out of paying taxes, but those in Washington are so smart, that they will allow Government money to go to entities controlled by these NY banks, so the banks can circumvent the pay restrictions that would apply to themselves, if the TARP money would go directly to the banks, instead of an off balance sheet special purpose vehicle!

The bears, are losing their arguments, but they can't admit it, because they're not poised to profit from the change!

But the market will silence their arguments!

The NY Times, then had an article about the real estate foreclosure business, and one lady who was "eagerly awaiting the foreclosure of some of her neighborhood’s high-priced homes."

Where are these REO's? These REO's are in spec homes, and the newly developed neighborhoods, and not in the established old neighborhoods. You won't find a plethora of listings there! But that wouldn't sell papers!

And how is it possible then, for the average prices of homes to come down, if all these high end foreclosures hit the market? Won't that increase the average price? Here's a post where I already did some of that math. So where are the lower prices coming from? How does Meredith Whitney get her phony housing decline numbers?
http://aaronandmoses.blogspot.com/2009/03/housing-math-for-bears.html

Remember this David Blaine parody video? My guess, is that Meredith gets her housing numbers from the same place, that the Ace of Clubs found it's home!

The priests and priestesses of Wall Street want us to believe their illusions! And unlike Pilate, Wall Street doesn't know when to wash their hands!

That is, until they cover their shorts, or until they get positioned to profit. But not sooner! Don't let the public profit, at the expense of Wall Street's prophets!

So when I saw that title of the the article "The Beast that was Screaming to be Fed" I just had to remind readers of the original beast while excluding the biblical version!

That was the John Hopkins beast, the picture of what you see at the top of this post!

This "beast," controlled by transistors, would feed itself, by plugging itself in the electrical outlets, while it wandered down the hallways of John Hopkins physics labs in the '60s.
http://www.frc.ri.cmu.edu/~hpm/talks/revo.slides/1960.html

That was the "beast" of the computer back then. It's the same beast the bloggers are using for their arguments today.

It's the antiquated version, that says it will tax New York City to a ghost town!

But the North Korea rocket launch and the bearish news this morning, had the same effect on stocks.

And now, we are only waiting for these economists and analysts, and the wizards at Goldman Sachs to flip flop!

We had Soros and Whitney put their feet in the flip flops already. But that's because they're the smarter ones! If it took them a 25% move to consider wearing flip flops at the beach, how much is it going to take for the bears to go all in?

How much sand do they need to drink?

And then, we'll get the rocket scientist economist from Moody's to flop, who flippantly told us today on CNBC, that we would revisit the market lows!

Did anyone see him? And that's one of the leader of the bears?

Turn him off, or flip him off!

And in this bull market of the beast, you can't be fed by these blogs and newspapers or Moody's who have their transistors crossed. They just plug into their same old tired circuitry!

Because this Beast is already being fed by our Fed!

With a side of manna given from this blog!

Article in one of my Homebuilding blogs... more evidence of the boom soon to come:

Maybe it’s just a response to warmer, sunnier weather. Or maybe people really are getting serious about buying homes. Real estate and loan professionals in the Columbus, Ohio, area told the local newspaper it could well be at least as much of the latter as the former.

Foot traffic at open houses has increased, as it often does this time of year, although sales in the region jumped 31% from January to February, according to Multiple Listings Service data. Perhaps more significant, though, are the 78 loans, worth $20 million, that Ashley Valentini, a loan underwriter with Synovus Mortgage, closed in January, which compares favorably to the $40 million in loans she closed in all of 2008.

Which suggests that, after 2008, the Columbus real estate crowd felt – hoped – that there was nowhere to go but up. “I don’t think we could ever go back to a year like last year,” Valentini, who primarily markets to past customers and does repeat loans, such as refinancings, told the Columbus Ledger-Enquirer. “It was strange. Agents would come up to me and say, ‘You’re scaring me. You’re never worried.’ And I would be like: I’m worried.”

While they admit it is too early to tell if their market is truly starting to recover, qualified buyers now seem confident they’re making the right move when they sign a purchase contract.

“There’s enough positive activity going on in terms of bank stability and information about new home sales, that people are gaining confidence that the world is not going to come to an end and this is, indeed, a good time to buy houses,” said homebuilder Dave Erickson, president of Grayhawk Homes.

Erickson said he sold 106 homes last year, but has begun constructing two-story homes that, because their lot and foundation sizes are smaller, typically sell for significantly less than a single-story ranch-style home. Erickson says he expects to close at least 150 sales this year, and possibly 175, on houses priced from $139,000 to about $290,000.