The end of deflation 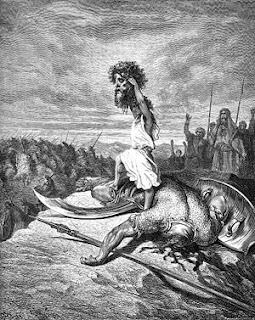 At the link below is a great piece on the deflation argument. It's elegant, well reasoned and thoughtful. But it's also wrong!

But this part was right:

Well, did anyone think deflation wasn't a surprise? We've been in deflation. It just took forever for our Government officials to recognize it. So how is it possible for inflation then to start? How are our august officials going to recognize the kindlings of inflation, when they couldn't recognize the deflationary forest fire?

Look at the statement that our Fed made today:

In light of increasing economic slack here and abroad, the Committee expects that inflation will remain subdued. Moreover, the Committee sees some risk that inflation could persist for a time below rates that best foster economic growth and price stability in the longer term.
http://www.federalreserve.gov/newsevents/press/monetary/20090429a.htm

There it is. Our Fed was fighting inflation, when we were in a deflationary environment, and now they are fighting deflation when the seeds of inflationary are being sown!

What is happening to PIMCO's portfolio of bonds? Remember last week, they told us that the economy was in a bottoming process, instead of recovering?
http://aaronandmoses.blogspot.com/2009/04/rabbit-hunting.html

Ask some of your friends that are short, if there is deflation in stocks? How quick did that go away?

And ask your same bearish friends that believe in deflation, and that also despise the Fed just this one question. How is it possible that they and the Fed are on the same page?

Now David Rosenberg of Merrill Lynch put out another piece warning us. But this time, he had a caveat, and it wasn't an April Fool's piece!

Mr. Market is to be respected, but he is not always correct

We find it rather difficult to square today’s Fed press statement with the amazing reversal in investor sentiment towards euphoria over the past several weeks. The equity market is, as we all know, a forward-looking barometer, and now seems to have gone further than merely pricing in “green shoots”, to discounting the righthand side of the ‘V’. Mr. Market is to be respected, but he is not always correct.
Fed has a more somber forecast than Mr. Market.

Tautological logic only teaches those believers in it lessons. By assuming the Fed is correct, they assume the market is wrong. Why is the market wrong?

There is simply too much slack in the economy, in our view, for us to be worried over the prospect of inflation or a sustained bear market in bonds.

So those that believe in an inflationary universe, now think deflation can't be tamed?

Saturday I said this:

The biggest source of faith in the world, is the smugness that the bears have in their intellectual superiority. How else can they feel so assured that they are right, when the action in the markets tells them they are wrong? And isn't that how markets operate? They are designed to fool you, until after the fact. That's almost a tenant of faith!
http://aaronandmoses.blogspot.com/2009/04/imf-flip-flop.html

Before King David slew Goliath, he had to take down a bear. It's the same in this market.

The Philistines are freaking!
Posted by Palmoni at 4:55 PM

As workplaces, conferences, schools, sporting events, etc. begin to close due to the pandemic, you'd better watch out. The BEAR will be back in force. Nothing that Geithner, Obama, or Bernake can do to watch your back.

If enough people die from the pandemic, fear will overtake greed. Just not today.

Not a fearful person--But it seems those that are bearish are!

Just not tomorrow either!

The World Bank estimated in 2008 that a flu pandemic could cost $3 trillion (£2 trillion) and result in a nearly 5% drop in world gross domestic product. The World Bank has estimated that more than 70m people could die worldwide in a severe pandemic.

Australian independent think-tank Lowy Institute for International Policy estimated in 2006 that in the worst-case scenario, a flu pandemic could wipe $4.4 trillion off global economic output.
Two reports in the United States in 2005 estimated that a flu pandemic could cause a serious recession of the US economy, with immediate costs of $500bn-$675bn.

ARS in 2003 disrupted travel, trade and the workplace and cost the Asia Pacific region $40bn. It lasted for six months, killing 775 of the 8,000 people it infected in 25 countries.