The next leg up is now "patently obvious" 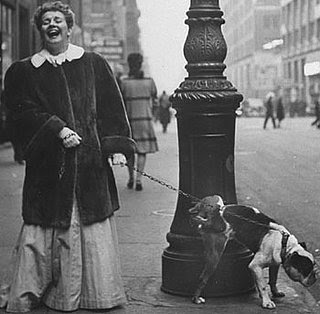 When we have a GDP that shrinks 6.1%, and the market shrugs it off, it means that stock investors see much better times ahead, and that micro pullback and consolidation that we had, was the extent of the pullback.

It didn't matter that the Economist put an anglerfish on their cover that the bears latched on as a "classic" which supposedly portrayed the ignorance of the bulls!
http://aaronandmoses.blogspot.com/2009/04/no-glimmer-of-hope-for-bears.html

Neither did the "vaunted" stress test!

And it didn't matter that the quants were blowing up, because they were short, and the market couldn't rally without the blessings of these providers of liquidity!
http://aaronandmoses.blogspot.com/2009/04/time-to-revisit-james-simons.html

What these quants missed, is that their shorts, were the markets liquidity! And Mr. Market had decided to expose them! That wasn't in their equation!

And it didn't matter when the experts said the "swine flu" was going to crush the economy of the world.
http://aaronandmoses.blogspot.com/2009/04/who-is-like-nouriel-roubini.html

The flu helped stage the rally! It showed that their wasn't sellers, and it also showed the public of the folly of Wall Street's predictions. The whole world, now knows what a trillion dollar loss by banks feels like in their 401K and in the value of their home. So how was it possible, that this swine flu was going to cause four trillion dollars of damages?

The swine flu can't hardly even close a school; how is this going to shut down our economy?

Now a week ago, I said we are starting the next leg up, and that it was "patently obvious."

It's now patently obvious to a few more people!

And now, this market rally will broaden out to encompass even those sectors that didn't come along for the first ride!

Today even Goldman Sachs had some nicer things to say about the housing stocks, as they now "trust" their book values more. As though Goldman is the arbiter and judge of trust! And just like Hatzius was dragged kicking and screaming into the bullish camp, so will Goldman's analysts!
http://aaronandmoses.blogspot.com/2009/04/jan-hatzius-getting-dragged-kicking-and.html

But soon, the bulls won't even have to have these p*ssing contests with the bears.

Because this leg up is too patently obvious!
Posted by Palmoni at 10:42 AM

No comments on your blog. Oh well, nobody comments on mine, either. I doubt if anyone even reads mine.

Which is fine, writing practice is good for the brain if hard ... on something ... what is that word, again? Hmmm.

Anyway, I promised my brother that I wouldn't make any more predictions because he was getting annoyed with them. Nevertheless, I think it's wise for all market participants to keep a watch on energy, not so much prices which are historically high but availability. This is my investment advice - simply watch. Hurricane season is weeks away, flu or no flu. Another thing to watch for is fertilizer. Farmers are unable to buy fertilizer (legacy prices) and there are questions about the coming harvests because of drought and no (or little) fertilizer for some crops.

I know there is something quaintly old fashioned about oil and food, but no substitute for either of these is available at the moment. The tactic of the now - on Wall Street and elsewhere - is to ignore oil and food and hope for the best.

I would feel better about a bull market if there was some 'Big Idea' behind it. Something like the Internet or offshoring jobs or credit expansion ... ot molten-salt Thorium reactors. Otherwise, what passes for a bull run is a short squeeze. Interesting but not very sustainable.

I pay a lot of attention to what people do out in the real world. Ordinary folk are scared shitless. They don't own stock- they are planting gardens, buying guns and ammunition, getting ready to home- school their kids; some are buying farms and learning organic agriculture. Wow! Gardening is the new shopping; it's hard to have a sense of humor about this since big shopping malls are full of vacant stores and the parking lots are car- free. No customers equals no business. The economy appears to be unravelling from the bottom up, not from Wall Street down.

I guess this makes me a bear (or a realist) but the markets from a technical sense needs both bulls and bears to function. One of the commoenters on the old FNN used to say, "Bull markets climb a wall of worry." I don't know about climbing a wall of resigned desperation, but eventually a real bull market will come. Just like a stopped clock is right twice a day, both bulls and bears get their respective moments in the sun ... not necessarily when desired.

One thing to keep in mind is that in this market - post 2004 - is wicked. Whatever is the most destructive outcome is also the most likely.

Your last point was the best!

"Whatever is the most destructive outcome is also the most likely."

This is the greatest short
squeeze in history. There
are no fundamentals under this rally and at more than 30 times earnings, it's
ridiculous to buy it. But
knock yourself out.

The stock prices will knock out those bearish--We are going to have a massive V shaped recovery, and the bears miss that.

Now those with ruined credit will pay cash. That isn't shown up in just-in-time inventory. Huge latent demand for homes, cars, and even drugs! Wholesale inventory at MRK was at the lowest level. Massive shrinkage of inventories. Everywhere.

Even in fertilizer, the cupboards are bare. Two months ago, CAT sold 5 excavators in a month-now 600. Do you think that statistic was calculated by the bears?

That's why they are bears!

They didn't do their homework, even though they think they are the smartest guys in the room!