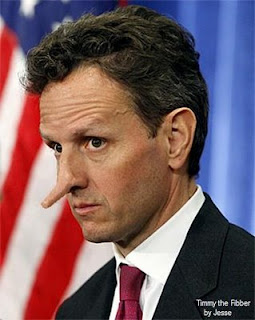 The WSJ is reporting that Ken Lewis was told by Secretary Paulson and Chairman Bernanke to keep quiet about the deteriorating state of Merrill Lynch in December, according to his testimony with the AG of New York.

Now maybe someone could ask Treasury Secretary Geithner, for clarification.

Q: Were you instructed not to tell your shareholders what the transaction was going to be?

A: I was instructed that 'We do not want a public disclosure.'

Q: Who said that to you?

Q: Had it been up to you would you [have] made the disclosure?