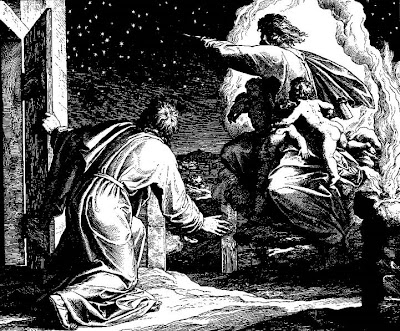 What a difference a little rally makes in the stock market. Today the IMF said that the current policy stimulus may be enough:

The head of the International Monetary Fund said on Saturday that if countries are successful in cleansing their financial systems, the fiscal stimulus already implemented for 2009 “may be enough”.
http://www.ft.com/cms/s/0/ae15f3e8-31da-11de-8b45-00144feabdc0.html

Just four days ago, the IMF was warning the world about $4.1 trillion of losses, and $875 billion of additional capital needed, and that additional action was needed for a market recovery:

Under one scenario, capital injections totaling $875 billion would be necessary for banks located in the United States and Europe using a common measure of leverage— tangible common equity (TCE) to tangible assets (TA)—of 4 percent, the level prevailing before the crisis. Estimated equity requirements for banks in the United States by the end of 2010 are about $275 billion; for the euro area, $375 billion; for the United Kingdom, $125 billion; and for banks in other advanced economies in Europe outside the euro area, about $100 billion...

Overall, further decisive and effective policy actions will be needed to stabilize the international financial system. The global response to date has been rapid, but often piecemeal and insufficient to bolster public confidence. In particular, the global banking system needs to be cleansed of its impaired assets.
http://www.imf.org/external/pubs/ft/survey/so/2009/RES042109C.htm

Early this week, the bears had seized on this report by the IMF. What will they do now?

Now I could be wonkish, and tell you that the ISM has bottomed, along with the Empire State and Chicago Fed. I could quote you retail sales figures, increasing auto sales and a nine week GM shutdown that will dramatically change the supply/demand relationship for automobiles, and I could tell you that we have the lowest housing starts in 30+ years, and the biggest home affordability since the 60's, with interest rates at even lower levels, but would that matter?

It doesn't! The biggest source of faith in the world, is the smugness that the bears have in their intellectual superiority. How else can they feel so assured that they are right, when the action in the markets tells them they are wrong?

And isn't that how markets operate? They are designed to fool you, until after the fact. That's almost a tenant of faith! After all, wasn't Abraham told that his descendants would be as the stars of the heavens and as the sands of the seashore? (Genesis 22:17). In his day, you could only see 4,000 stars, so that statement would appear to be foolish. And Abraham knew sand--he spent some years walking in the desert!

The only difference is, Abraham's object of faith, validated his belief! These statistics that the bears trust in, only portray the past; while they think they foretell the future!

Why else do the bears get so p*ssed if you throw in some theology with your arguments? They just want facts--that way they can distort them to match their beliefs! But it's not the facts that are wrong, it's their belief! And that's harder to change than the facts!

Just ask some of these rocket scientists that blew up their quant funds, with their dispassionate use of statistics. Their formulas knew price, but they didn't know value! They thought their models were being prescriptive, when they were just descriptive, because they thought they were deterministic! Plug in enough variables, and chance leaves. What if Abraham was a quant? How many variables would he put in for stars? 4,000? He'd be short by 10 million billion billion--for starters!

But here's the difference. Abraham would of counted the stars as though they were grains of sand. Would a modern day quant put that variable in their Abrahamic regression analysis?

But I digress. The fact is, if you take the Great Depression II off of the table, stocks, junk bonds, and so called "riskier" assets move up.

That's because these "riskier" assets already have all the risk taken out of them in price!

But you don't hear that from Soros, or Whitney, or Schiff, or Rosenberg, or Roubini now do you?

your blog is very good