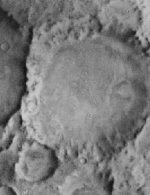 Quant momentum managers may have tumbled 27 percent this month in the U.S., the most since at least 1993, while those in Europe may have lost 20 percent in March and 24 percent in April, according to data compiled by JPMorgan Chase & Co.
http://www.bloomberg.com/apps/news?pid=20601110&sid=azuy8qz.zUwg

If you watched Sesame Street, you could of made money in this market. Well, at least on this blog!
http://aaronandmoses.blogspot.com/2009/03/lay-offs-even-hit-sesame-street.html

Maybe they couldn't grasp the nuances of the story! They probably didn't read it!

But doesn't Wall Street read Ann Rynd and her libertarian viewpoint? Maybe Wall Street shrugged their shoulders at Lazarus Long and Heinlen's book, his sci-fi take on libertarianism that won the Hugo--The Moon is a Harsh Mistress!

Or did they forget Heinlein's alphabet soup that Lazarus Long spoke of, or did they just remember Bernanke's? Or Freidman's free lunch?

"There Ain't No Such Thing As A Free Lunch--otherwise these drinks would cost half as much!"

What was I supposed to quote? The jokes?

Q: Why was a laser beam like goldfish?
A: Because neither one can whistle.

And that's what the quants are doing. Whistling past the graveyards of their portfolio!

F.P. Wilson said in Sci-Fi "OK, the government pays for it, but Heinlein's acronym, TANSTAAFL, is never truer than when applied to government action."

The quants portfolios are the collateral damage of the Government bull market!

And now that these quants are familiar with craters, they should study the above picture located at -64.6 degress and longitude 243.8 in Quad MC28SE on Map 1-1453!

That, is where the above crater is located on Mars.

TANSTAAFL!
Posted by Palmoni at 1:00 AM