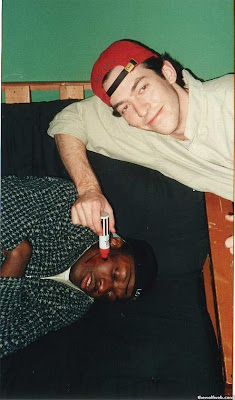 Remember when someone threw a couple bags of tea on the White House lawn today?

The White House went into a lockdown mode, and brought out the robots!

Tax protesters threw what appeared to be a box of tea bags toward the White House on Wednesday, prompting officials to lockdown the compound.

The Secret Service also used a robot to inspect the package thrown in an apparent act of defiance meant to echo the rebellion of the Boston Tea Party.
http://www.google.com/hostednews/ap/article/ALeqM5hJlIlq5kHgC1FOXK-Yy6jjJViejwD97J3BRO0

Today, you had Robert Schiller throwing a tea bag at Wall Street with the following article:

"April 15 (Bloomberg) -- In the Great Depression of the 1930s the U.S. government had a great deal of trouble maintaining its commitment to economic stimulus. “Pump- priming” was talked about and tried, but not consistently. The Depression could have been mostly prevented, but wasn’t. Ultimately, the reason for this policy failure was inadequate understanding of the relevant economic theory.

In the face of a similar Depression-era psychology today, we are in need of massive pump-priming again. We appear to be in a much better situation due to the stronger efforts to date. Still, there is a danger that, because of a combination of faulty economic theory and inadequate appreciation of human psychology, as well as deep public anger, we will not continue with such stimulus on a high enough level.
http://www.bloomberg.com/apps/news?pid=20601039&refer=columnist_shiller&sid=abXAaO4xI704

The last person in the White House that really got tea-bagged was Reggie Love! And that only happened at Duke! (The real tea bagging picture is at the link below-I answer to a higher calling!)
http://gawker.com/393526/obamas-body-man-violated

Schiller's a White House tea bag, and not a Reggie Love tea bag!

And that's the same with the bears arguments.

Does anybody really think that Obama's body man can now get tea bagged?

Then why do you believe the bears arguments?

The bears, just haven't grown up yet.

They're still listening to the college professors--who are just throwing things, hoping something sticks!

Even if its just tea bags!
Posted by Palmoni at 7:20 PM

Snails move faster than this thing. $44.94+ close is still the line in the sand.

Feed up again but looks ready for a rest. Was that a 500K block buy today in MOS in the early afternoon swoon ?

What are we buying next ?

The bull party will need a desparate rest around the 2nd week of May. Count on it. Model says so. Could come earlier into FRI. close of this week for a pullback start as well.