The Market has Support 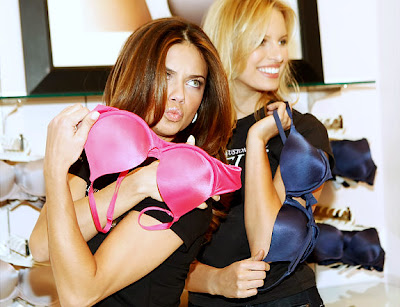 And now investors are going to have their moment of hope. "Pink and Blue" of course, is that moment of hope given to premature babies.

Yesterday's market was a thing of beauty for the bulls. Gigantic accumulation was evident in material stocks and semiconductors. These numbers are poised to explode to the upside.

The financials are still ripping the hearts out of the shorts. Oil stocks are a week away from going from accumulation to new uptrends. Steel is now breaking out---but they first moved CLF and AKS, and now they are moving over to X. And tech is ready to scream.

And Google, is poised to bring the last of the technology bears in line, when they report Thursday night.

This market has support everywhere, but it's dressed up in a nun's outfit, so nobody can see the underpinnings, because nobody really wants to check, because they are still out spinning their bearish stories.

In today's WSJ, we learned that supposedly tax refunds were what was kick starting this economy.

Is that also what caused $11.9 billion to move into stocks on the latest mutual funds inflow also?

Is that what is causing Asia markets to move? Or commodities?

Do you think the Kwok ark was built of copper?

The audacity of the bulls!

The audacity of hope!

So get long, or be wrong!

After I am completed, I'll have the ability to state that I've the best-fitted Volvo.

But why does the Bible (or Baghavad Gita or Quran or
any other faith wording) state that it's wrong?


my page - Lunch Jailbreak - Just How To Have An Adventure In Your
Lunch Hour (http://budapesterotika.hu/)