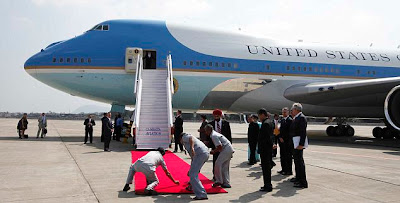 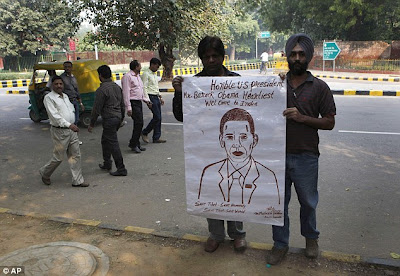 Now of course, you know why Brian Williams was castigated by the Obama Administration when he called the Yemen bomb threat "inept." Bo needed trhe 34 aircraft carriers sent to India so he would be safe!!

BO even had a kilometre long, air conditioned, bomb proof tunnel installed so he could walk to the Ghandi museum.
Posted by Palmoni at 8:46 AM

Is it really true that he had that tunnel installed? If so, then we are literally at the point of "fiddling while Rome burns". Scary.