WSJ
In a closely watched case, New York state's highest court ruled that it is legal for somebody to take out a life-insurance policy and immediately sell it to a stranger.

The ruling is a blow to insurers and a victory for hedge funds that have bought billions of dollars of such policies in recent years, part of a controversial practice in which thousands of people have taken out life policies and quickly sold them to investors, who pay the premiums and collect when the insured dies...

In a 5-2 decision, the New York Court of Appeals ruled that the state's laws allow a person to take out an insurance policy with the intent of selling it to a stranger. The majority ruled that this didn't violate insurable-interest laws, which are intended to ban transactions tantamount to wagers on a stranger's life.

The ruling is valid only in New York, but some legal experts predict its influence will be broader. Scores of similar disputes over alleged "stranger-originated" life-insurance policies are being litigated across the U.S.
------

The perceived play on this news, is National Financial Products, a stock I talked about at $1 in November 2008. It's now $12.

Another play is WinTrust Financial--but that stock is too boring for me.

But the real story, of course, is here--with my take:

Goldman gets out of the "death" business 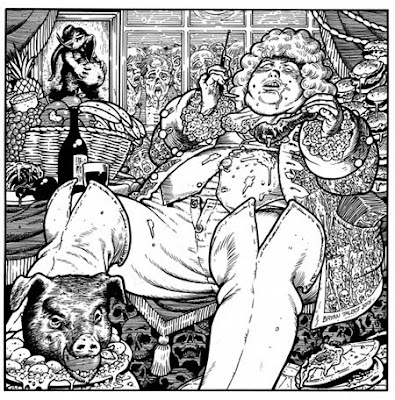 NEW YORK, Dec 18 (Reuters) - Goldman Sachs (GS.N) is quietly backing away from life settlements--- the business of buying life insurance policies from aging Americans in the hopes of collecting on the death benefit.

The Wall Street investment bank is ending its involvement with a "mortality index" it launched in December 2007 with high expectations. A Goldman spokesman confirmed the decision.

Goldman's QXX index tracks the life expectancy of a group of people aged 65 and older who have sold their life insurance policies to an investment pool that's managed by another firm, AVS Underwriting LLC.

The Wall Street company once had big plans to sell derivatives pegged to the index to investors seeking exposure to the estimated $15 billion life settlements market. Goldman also saw the derivatives as a potential hedge for any institutional investor buying a security or note backed by another pool of life settlements.

But the market for Goldman's index-based life settlement derivatives appears to be a casualty of the worst financial crisis since the Great Depression, said executives with several life settlements firms, who didn't want to be identified.

But there's another story behind the story.....or at least my version. 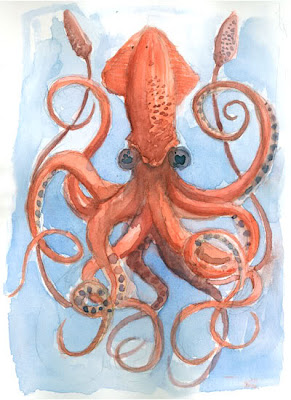 In 2005, there were about 22 million insurance policies and only 10% of the policies were kept--90% of them lapsed. Insurance lapses, which keeps the cost of insurance down.

In 2007, about 12% of insurance policies were kept, because folks like Goldman Sachs would pay more for a policy than what the insurance company would--or its "cash value." Goldman then, would own the policy, and bet on the death of the policyholder who surrendered the policy. They would pay the annual premium, and then, when the person died, they would cash it in.

This calculation wasn't in the insurance companies tables. Goldman helped start a cottage industry because the actuarial insurance calculations expected policies to lapse; thus keeping the premiums down.

So Goldman got in this game, because they detected an inefficiency in pricing. It didn't matter that they would only get paid when you croaked--money was to be made. Another big player in that game was also Warren Buffett. The difference was, Buffett had a soul, while Goldman didn't!

After all, they hit the granddaddy AIG--Why not bang out a few more companies while they were at it?

Now after Lehman blew up, the banks tightened up their lending. The hedge funds that bought the paper Goldman peddled (and the spreads on these policies were just through the roof) had their lines pulled by the bank--and the days of 8-1 leverage was over. thus the marginal buyer of this paper was taken out of the game. The hedge funds were attracted to it, because pricing was rather nebulous. Buy  a few hundred million face of some policies, an dthen say they are worth X more than what you paid for it. And then, take 20% of that phantom gain for yourself--aided and abetted by Goldman of course! 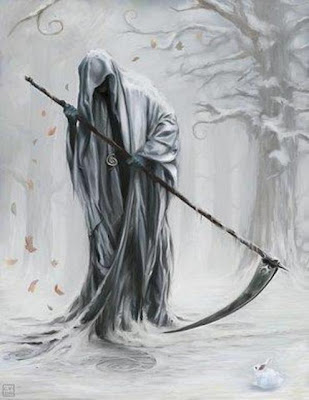 But the insurance companies fought back. The actuarial tables were changed. AVS and 21st Services upped life expectancies by 10% and 20%. The grim reaper was postponed. You can read the sanitizedversion of that here. But what the increase of the life expectancy actually was just another gigantic theft helped along by Goldman.

Goldman helped affect the lapse rate on insurance policies by getting into the life settlement business. Thus the mortality tables were changed--not because mortality was that mis-priced--but because less policies were lapsing! But if we just change the life expectancy, the insurance companies would be able to strip out the value in the policies that Goldman and their buyers wanted!

Assume a 77 year old man, in poor health, had an insurance policy on himself that he was going to use to pay the taxes on his business on his death, so he can pass the business onto his children without them having to sell it to pay the taxes. The recession comes, and wipes his business out. Maybe he had a life expectancy of 7-9 years. Someone would buy that policy from him, pay the premiums, and then at his death, they would collect the policy value. In the meantime, they would pay the owner money for his policy. After all, it was his asset. But who will do that now? The life expectancy tables, may now show that the same man will live 13 years. Who will buy his policy now that they have to pay out another 5 years before they can collect? The value is stripped out of it, because the buyer would have to pay premiums for years before he could collect. It diminishes the net present value of the policy. The money in the policy, that should of went to the owner, is now gone.

If the policy was a mortgage, it would be like every bank telling every senior citizen that they had an additional 5 years on their mortgage. Everyone would be p*ssed to heaven! But now, a lot of the value that the elderly thought they had in their policies is gone.

And they can thank Goldman Sachs, who helped that process.

Once again, the giant vampire squid sucked out money out of the economy. Goldman facilitated the sub-prime mortgage market, while they were shorting it. They did the same to the insurance companies, while they also shorted the stocks of the companies while they tried to squeeze the money out of policies.

Now anyone that owns a policy that wants to sell it is out of luck. They need to start smoking cigars so it will change they mortality because everyone knows that smokers live less. Or go to th Dr. and have a test for sleep apnea, because then maybe, some hedge fund will buy their policy.

In the meantime, hundreds and hundreds of billions of dollars where taken out of the pockets of the elderly, that went to money heaven, helped along by Goldman, who wanted to get in the death business.

And now, since Goldman is no longer "doing God's work" they exited the death business.

But not before the angel of death raped and pillaged the elderly and their insurance savings!
Posted by Palmoni at 10:18 PM

Reading everything you have written about GS now and in the past, I think they must be owned and operated by the antichrist, or maybe his sister. Keep up the good reporting.